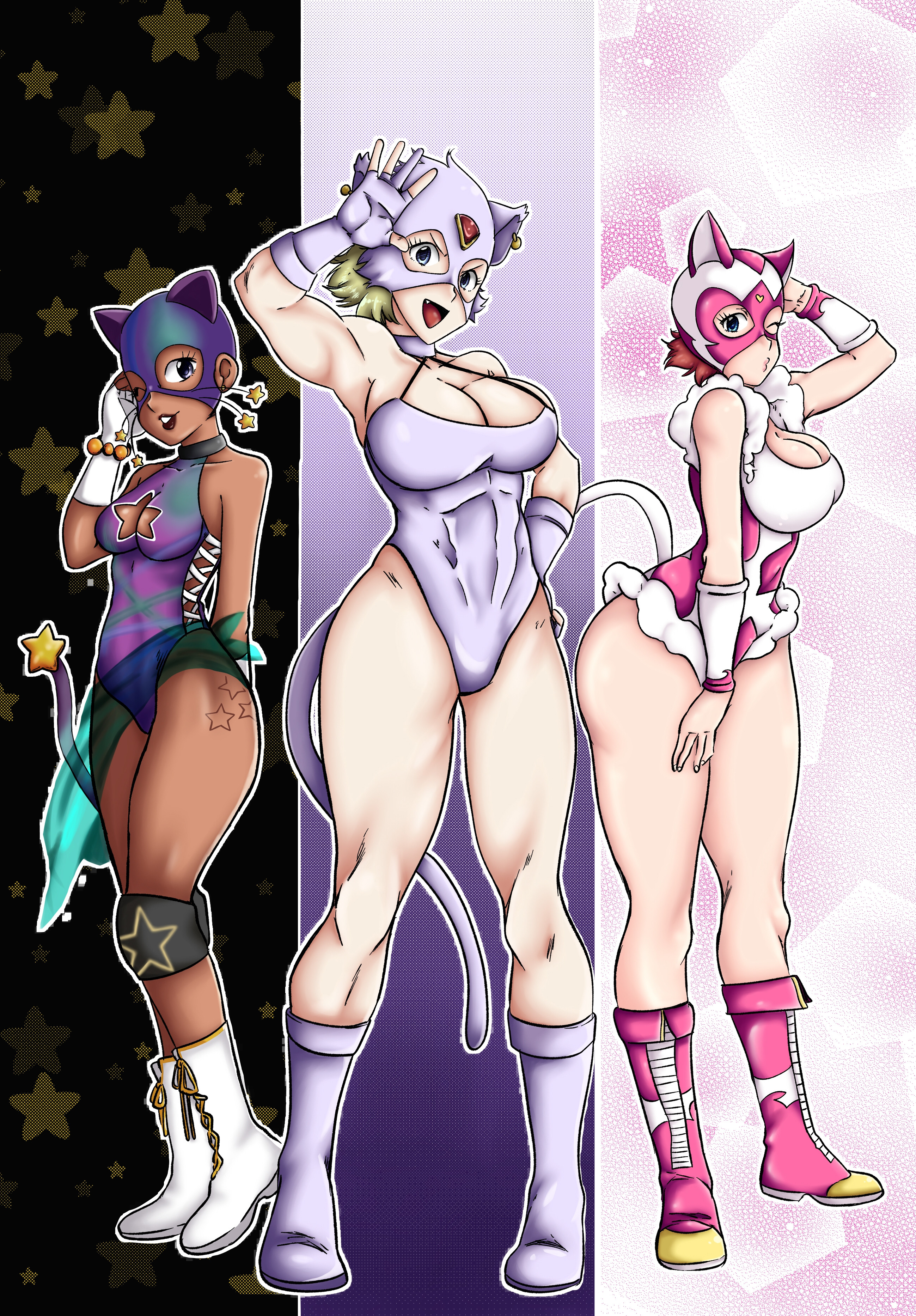 
Origin:
The tag team originated after Tracy spent a couple years wrestling to the wrestler she looked up to - her idol for some time, Katherine Hart. After finally going pro, Tracy traveled to Japan to meet Katherine, which she did. The two eventually ended up bonding when Kat recognized Tracy's potential. They now live in the same apartment and spar regularly at Tracy's request. In exchange for putting up with Tracy's many sexual advances and constant sparring challenges in the hopes of catching up to Kat, Katherine has Tracy take up the responsibilities of taking up the domestic duties she'd rather avoid. Tracy cooks, cleans, does laundry, etc. After living like this for about a month or so, it occurred to the two feline wrestlers that they should just form a tag team and take it as far as it could go! To the very top! Aurora aided Katherine and Tracy during their rivalry with Cerberus, evening the playing field and demonstrating her ability to be a core part of this cat-themed team!

Re: The SWAT Cats


Katherine Hart and Tracy Canon (The SWAT Cats) vs Alaina Sanders and Tina Armstrong (The Thundergirls) 2 - In a rematch with the Thundergirls, the SWAT Cats come up short and Tracy comes to respect the Amazon pair.
Result: Loss via Pin fall (Amabomb/Jackknife Powerbomb(Alaina on Tracy) -> Pin(Alaina))

Tracy calls out the champ! (Promo) - Following her championship win, Tina goes on record in an interview saying she wants to defend her belt in a ladder match against LAW's resident Circus Cat. An offer that Tracy makes sure to take her up on by calling her out on it just nights after the Pay Per View!
Last edited by winner3 on Tue Apr 24, 2018 8:18 pm, edited 5 times in total.
-Winner's Winners/Full Roster