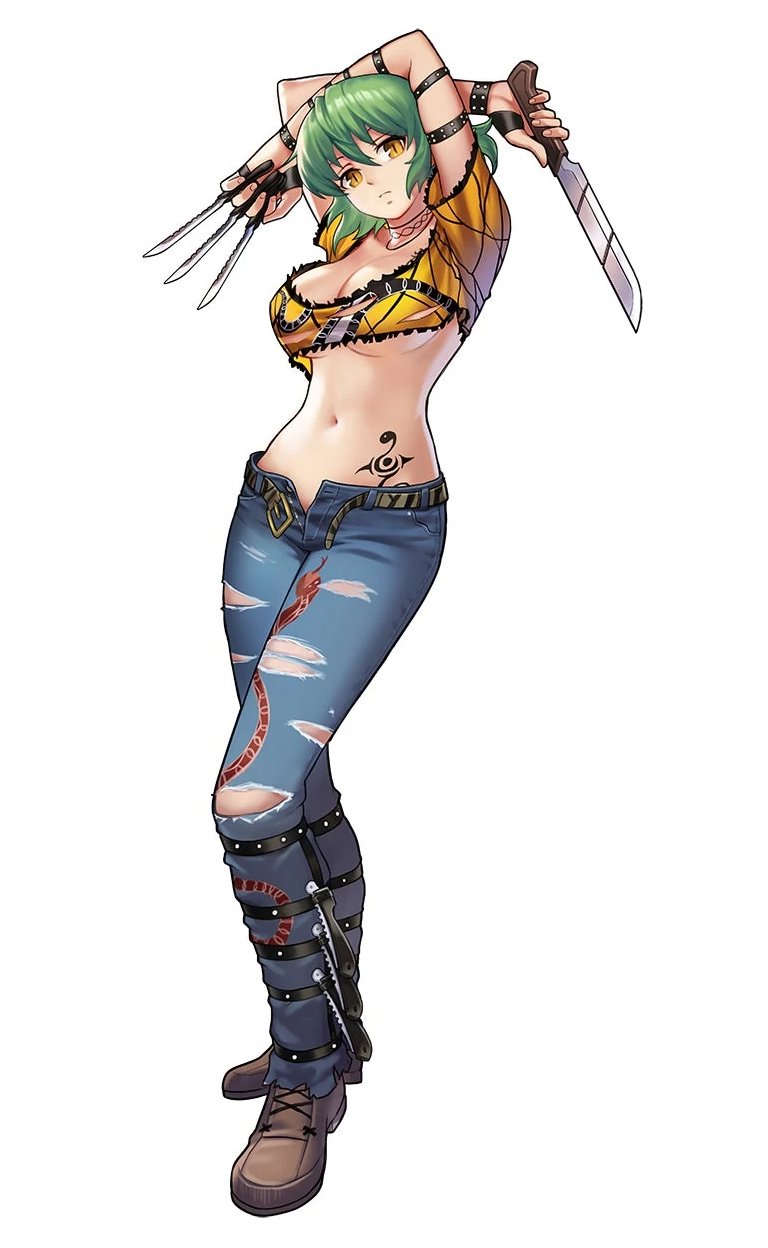 Anyone who's been following LAW's burgeoning hardcore division surely knows Viper Hoshiwara. A veteran of the independent deathmatch circuit, she hasn't had too many matches to her name in LAW, but those she has had have been hard to forget, thanks to her brutality, her unfeeling disposition, and her willingness to use any weapon at her disposal in the pursuit of excitement. Recently, Viper's career on the indies has seen her joining forces with Nightfall - a stable that, in addition to showcasing their talent in their own promotion, has also made appearances in United Supreme Pro Wrestling and World Frontier Pro Wrestling. In light of the announcement, your favorite intrepid reporter decided - not without some trepidation - to ge the word straight from the Viper's mouth.

“H-Hi, Viper. I just…wa-wanted to get….some thoughts on you….joining Nightfall….now, as we have seen in the past, they can be quite destructive. What made them seek you out as a potential stablemate?”

"Eh...don't really know. Not my problem. Why? Honestly...pretty sure it's that destructive...ness. If that's a word. Don't know if you've seen, but I have a tendency to fuck shit up."

“As we have seen in your continuous pursuit for the LAWLess Championship. Do you think joining this faction could help your chances in getting that title?”

"Maybe. Or maybe it'll bring me closer to some other belt. Don't know. Don't really care."

“Okay, what would you say is the biggest strength you can bring to the group?”

"Ruthlessness. I'm not one to hold back. My opponents are gonna find that out. By the way, so's anyone who wastes too much of my time."

“Oh, right! I won’t try to keep you too much longer. At the upcoming Martial LAW event, we have Raina Jaeger going up against Young Lioness Rylie Marshall for the title you’re interested in. Will you be keeping a close eye on that match and what are your thoughts about it?”

"Eh. Whoever wins wins. I've dealt with Raina before...she's an annoyance. But sooner or later, they all crack. If Rylie beats her...then so be it. I'll just get the belt from her instead."

“Oh, your phone seems to be going off. Is that from one of the members of Nightfall? I see a Ryan Lewis on the caller ID.”

“Viper, you were expected at the gym half an hour ago. What’s taking so long?” Ryan asked when Viper picked up the call.

"...You know what? I think it's time we ended this interview." She slammed the door. "It was your idea to get in touch with the press."
My OCs
Threads I'm Looking For
Top
Post Reply
1 post • Page 1 of 1