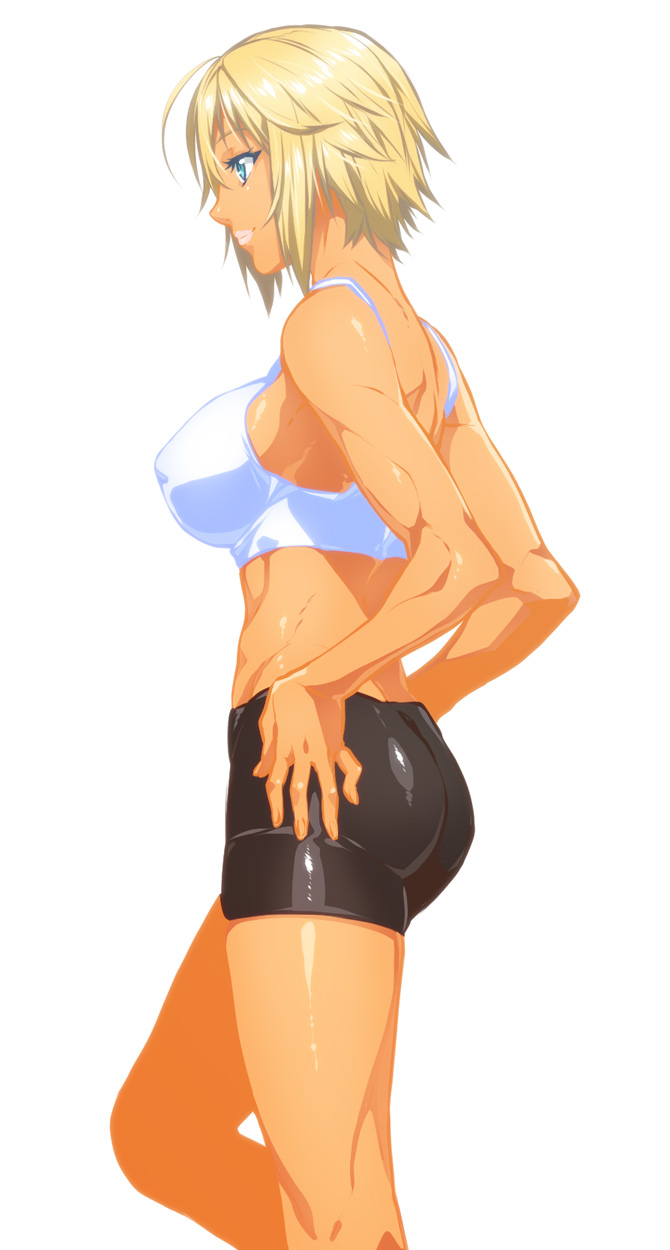 Much like that encounter, today Valentina would be facing a woman who towered over her in damn near every aspect. Such could not be helped - she was not simply going to be avoiding larger women for the rest of her career. She had to work herself up; expand her skill base, and learn how to deal with women who possessed size over her. Then perhaps some day, she may consider the enactment of some much needed revenge...

But putting her mind to the task, Valentina's hips swayed after emerging before the masses, with the cage door being left open even after her hasty placement through them. Bouncing off the ropes as she committed to a sprint from one side of the ring to the other, Valentina would perform two quick laps as it were with her body in full sway before deeming it enough. With the blood pumping and her figure warmed up, the Spaniard took to sitting in her corner as her attention turned to the ramp. It was time she figured, to see simply how much larger her foe for the evening would be...
DEVILISH'S DEVILS
Top

Origa bounced in place as she waited for her music to start. She was as slated for a standard cage match and frankly she was a little excited. Besides the no disqualifications this would be her first cage match that didn’t have some sort of strange stipulation or addition to it that would make things harder for her. No it was just going to be for pin, submission or escaping the cage and Origa was happy with that.
Hearing her music start, the gargantuan 7ft 2 amazon stepped through the curtain and walked her way to the ring listening as the crowd cheered. She walked down the ramp with a slight smile on her face and walked up the steps leading to the cage door and stepped through.

When she did she heard the cage slam shut behind her and get locked by the officials. Only way to escape now was to defeat her opponent or climb out, and Origa had no plans on climbing out. Looking up she spotted her opponent her opponent as she made her way to the corner and leaned against it. ”Hello. I hope we have a good match but don’t expect me to go easy on you alright.” She giggled as she waited for the bell to ring.
RingRopes RingRoster!
viewtopic.php?f=21&t=5523
Top

Valentina's teeth began to grind the moment Origa appeared. She was a good distance away, what with being at the top of the ramp, and yet the Spaniard could already tell how massive she was. With it, her frustrations and even a touch of anxiety began to grow, as flashbacks to her encounter a previous seven footer flashed through her mind.

Brought back to it by the harsh steps of the bigger woman as she joined her in the ring, Valentina had come too far now to simply run away. Stepping forward out of her corner, she'd be somewhat centre bound whilst keeping her eyes to the tall gal. She didn't say anything, as per the norm, but her eyes shone with quite a bit of intensity. Whatever fear and doubt the Spaniard had was getting pushed to the bottom, and was now replaced by confidence. Or perhaps simply what she imagined to be confidence at this point.
DEVILISH'S DEVILS
Top

Origa stepped out of the corner when she heard the bell and went to meet her adversary in the middle of the ring. When she got there she would smile slightly before spreading her arms out in front if Valentina to challenge her to a test of strength. The blonde may be smaller than her but Origa assumes that from the way her body looked was a power lifter or something and so she wanted to test her strength against her own.

If Valentina accepted the challenge then Origa would link her hands with hers and then push against her. The giant would grit her teeth as she would try to push Valentina back until she hit the ropes behind her. If that worked then Origa would let go of the test and grab one of the blondes arms with both hands. She would then attempt to sling Valentina to the opposite side of the ring and rebound her off the ropes. If that worked then Origa would stick her arm out and try to hit her with a clothesline.
RingRopes RingRoster!
viewtopic.php?f=21&t=5523
Top

Valentina was cocky often enough, but she was no fool. Origa could have never have lifted a day in her life, and yet still her mere size would pose threat enough in a direct contest of strength. Hence when those arms of the taller gal came towards her, Valentina only extended her own halfway...

Before promptly dropping them, and kicking off her feet! The Spaniard let out something of a small roar as she pushed herself under the raised right arm of the giant, to get around her side!

Where she'd promptly swing out a leg - to begin literally chopping away at the giant, specifically in the crook of her knee!
DEVILISH'S DEVILS
Top

Origa had hoped that Valentina would accept her challenge and go through with the test of strength against her. But she also understood that due to her size and strength that would amount to in ring suicide if she agreed so when instead of locking her hands with Origa’s and testing her strength against her own and instead ducked underneath her and around her, Origa wasn’t surprised.

It was because of this that Origa was ready for when Valentina went on the offensive and began to kick at the giants legs, specifically the back of her knee in hopes of toppling the giant.

Origa grit her teeth as each blow connected but she forced herself to remain standing. When Valentina went for another strike she would counter by catching the blondes leg with one hand and grabbing her throat with the other. She would then lift Valentina in the air and slam her down onto the canvas.
RingRopes RingRoster!
viewtopic.php?f=21&t=5523
Top

Valentina was moving quickly - the blonde evidently didn't seek the move in a predictable manner against this giantess, otherwise she'd end up being caught. Given the size of Origa, if she were to merely fall on Valentina she would have likely subdued her outright...

Skipping somewhat sideways with the kicks still coming, Valentina's eyes went wide a little grunt came from her as the bigger woman made a swipe. Leg clutched and soon enough finding the arm of her foe to her neck, Valentina had to think fast otherwise Origa could likely throttle her here and now!

Turning her body as she was hoisted, hooking her own arm around Origa's grip, Valentina tried to suddenly twist and pull to seamlessly fall to the ground - pulling Origa with her in a painless though disorientating arm drag, that would at least save the Spaniard from her peril.
DEVILISH'S DEVILS
Top

It took some doing but Origa was able to eventually catch her blonde opponent by grabbing her leg as she went for another kick. Using her other hand she grabbed Valentina by her neck and picked her up into the air. Her intention was to slam the blonde down onto the canvas in hopes of stunning her but as she went to do so Valentina instead used that moment to send the giant toppling along in a surprise armdrag.

Origa let out a shout of surprise as she was turned over but she quickly rolled over on all fours before she could get completely disoriented. Looking up she saw Valentina most likely in the same position so she would charge forward in an attempt to clothesline the girl.

If she missed however Origa would continue running and rebound off of the ropes and run back to the blonde to hit her with a shoulder block.
RingRopes RingRoster!
viewtopic.php?f=21&t=5523
Top
Post Reply
8 posts • Page 1 of 1