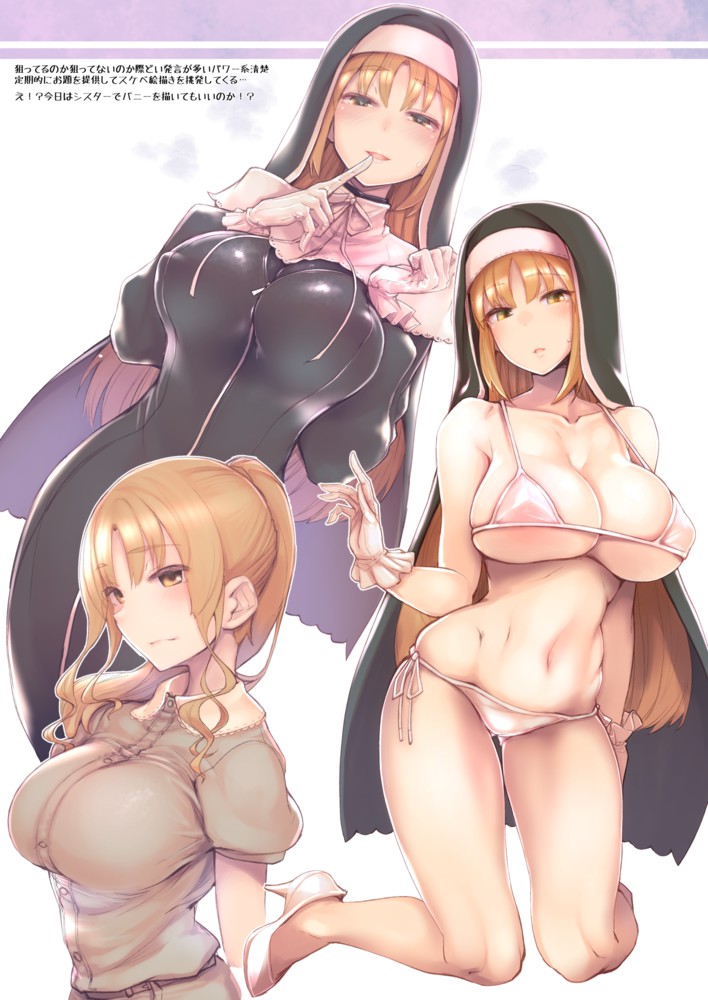 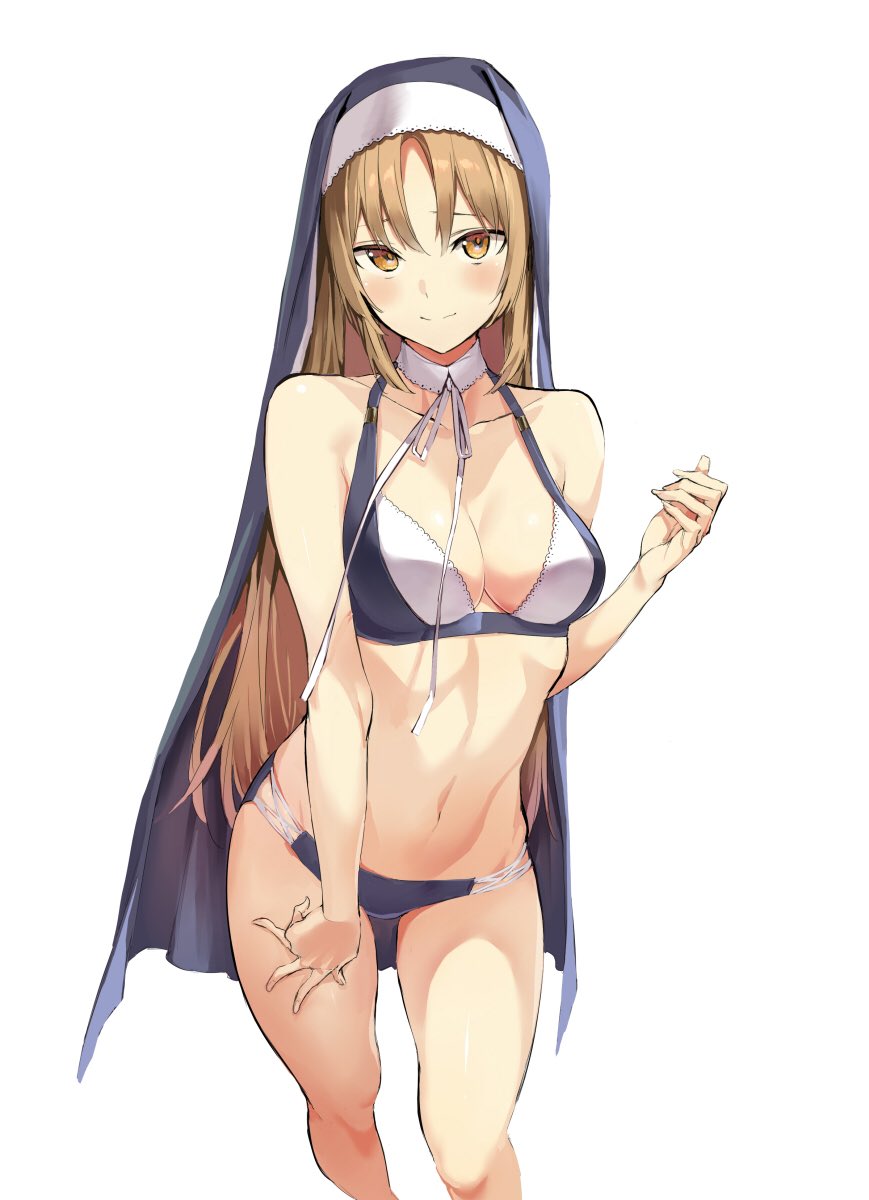 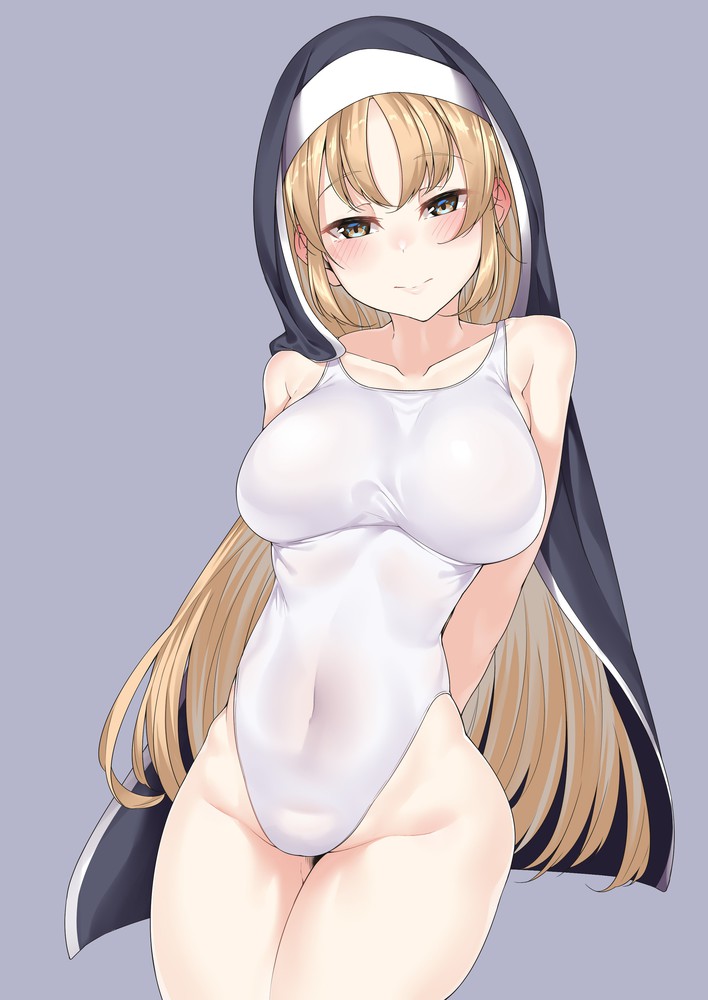 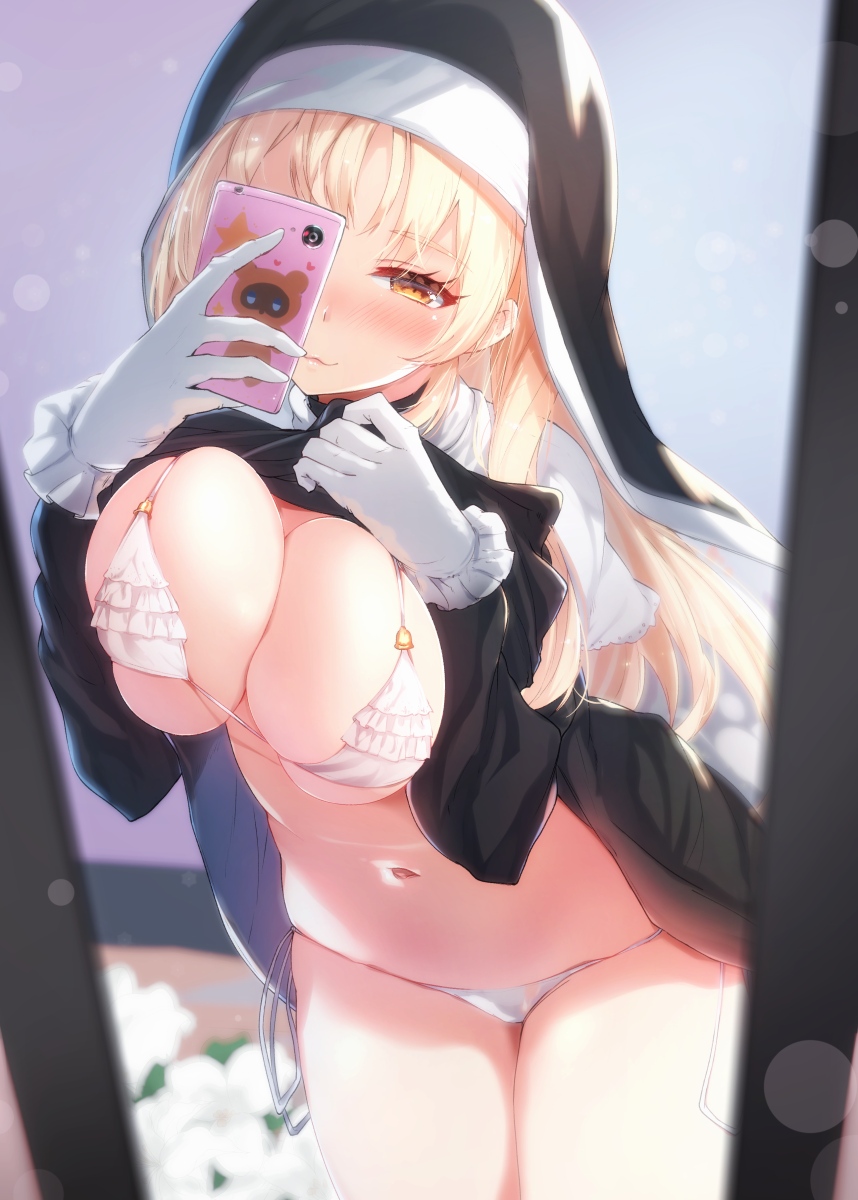 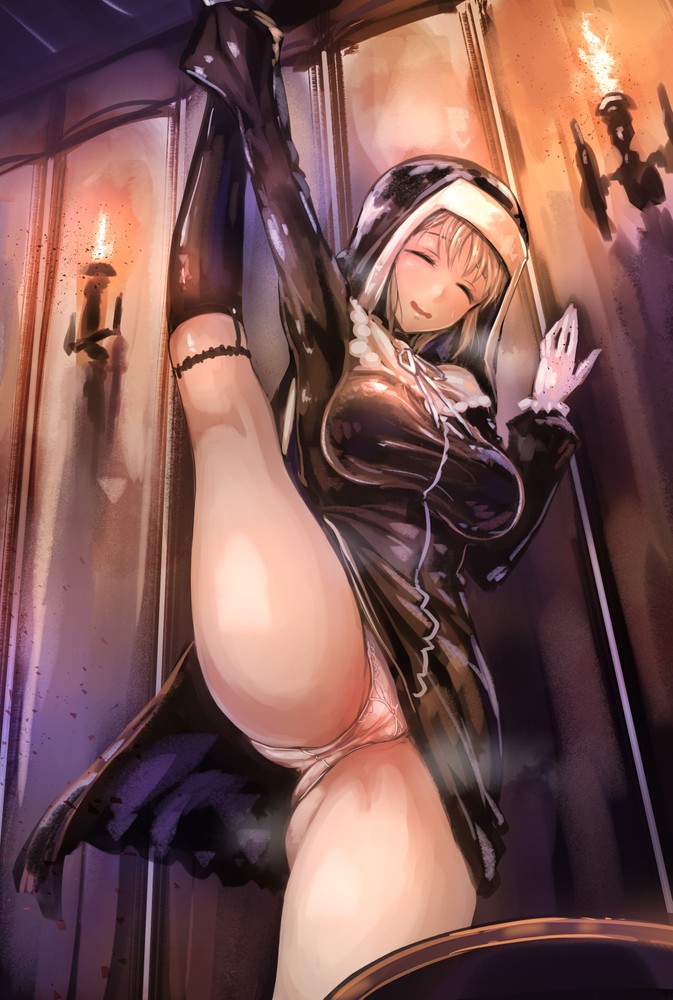 I Shall Drink Of Your Sin (NSFW)!Show 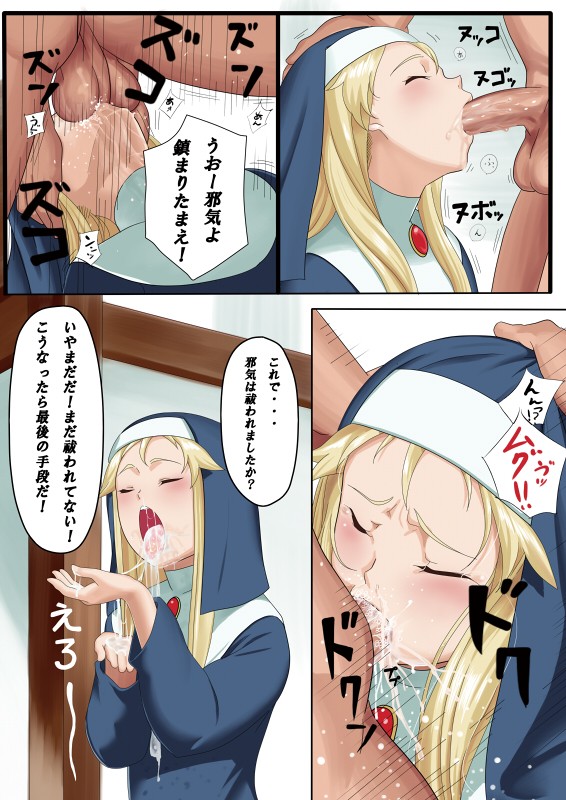 Story:
Sister Agnes Cascia was born to parents she never knew. Her conception was the result of a sexfight penalty. Adopted by a The Church of St. Agnes immediately after her delivery. Raised as a sister in the church, she took on its name and she was trained to be a servant of a lord. It was unknown to Agnes, but the sexfighting ring to which she was born was sponsered by her church, and thus, she was raised to compete. She was taught from a young age that men are slaves to their more primal drives. When she came of age she was trained to help free these piteous Sinners from the vile evil that dwelled within their bodies.

Prodigious in her pursuits, Sister Agnes began to travel the country, helping men repent. At the age of 25 she has embarked on a mission to Japan, and to LAW. Here she will spread the healing of her church as their Patron Saint of Sexfighting.

Personality
Sister Agnes is a zealot. She believes the men in LAW perpetrate their violence and molestation due to the natural sin that dwells within their libido. Sister Agnes wishes to save the women of LAW by purifying their male counterparts through ritual sex fights. She is a kind, humble servant of the lord. However, spare the rod, spoil the child. Sinners must be punished and they must repent! Into her hands, onto her breasts, down her throat, or within her sacred womb.

Preferred Match Types:
Sister Agnes will only compete in Intergender matches. She will be lewd whether the stipulation calls for it or not!

Sister Agnes' style is primarily focused on men's genitals. All roads lead to them. She is focused on draining men of their ability to continue the contest by any sensual means necessary! She is a veteran wrestler and will employ any means to draw a confession from her foe. Be it by word or by action!

StatsShow
I have forgone the formality of listing physical stats. They're arbitrary. Should they be heavily requested I will reconsider this decision.
Signature Moves and Finishers: