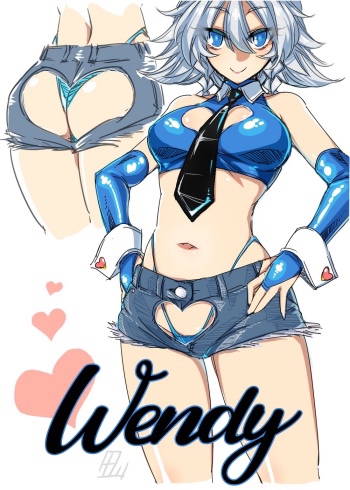 General Stats
Endurance: 4/5 - Wendy is a solidly built woman who can absorb a lot of punishment.
Strength: 4/5 - More than strong enough to lift up and slam all but the heaviest of opponents.
Speed: 3/5 - Faster than you’d think. Good explosive speed.
Defense: 3/5 - Prefers to overwhelm her enemy with offense, not the best when it comes to holding opponents off.
Technique: 4/5 - Has a deep repertoire of suplexes at her disposal, average in other areas.

Wrestling Stats
Strikes: 3/5 - While not a striker, she has good clubbing blows to work with. Her lariats are particularly impressive.
Submissions: 2/5 - Tends to go with simpler submission moves that make use of her strenght and size, like bearhugs.
Power Moves: 5/5 - The core of her moveset - devastating, powerful slams.
Aerial moves: 2/5 - Better at these than most would expect. Has been known to break out a Frog Splash on particularly hardy foes.
Counters: 3/5 - She’s quite good at snatching high-flyers out of the air and turning their moves into suplexes. Leaping at her is generally a very bad idea.

A running hip attack to an opponent sitting in the corner from across the ring at full speed, usually followed up by a stinkface to further daze the opponent.
WendmillShow

A discuss lariat, usually done after bouncing off the ropes to gain some steam. Wendy can hit this move with surprising ease, so it’s her usual go-to when she needs to shut down quicker, troublesome opponents.
Bitch BreakerShow

The Gory Special, a simple but effective submission hold that she likes to use when she wants to wear out a foe. It’s nearly impossible to escape once it’s locked in, her strength makes it super damaging, it puts an opponent on display in a degrading fashion, and she can ram women into the turnbuckle by jumping backwards or slam them down with the Gory Bomb. 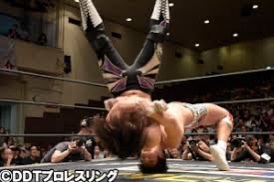 A German Suplex, followed by a Dragon Suplex, followed by an X-Plex. While she can hold the last move for a pin, and might do so if she’s taking a match seriously and is desperae to win, most often she just flips the opponent over, straddles their waist, and takes them into a breast smother or facesit.
Big CrushShow

A devastating Banzai Drop. The move is dangerous enough as it, but she compounds the damage by going for a facesit right after the impact, taking away what little breath her opponent has left as she proceeds to grind on their face.
Personality:

Wendy is, for lack of a better term, a bully, though she might not come off that way at first. She’s rather well-mannered most of the time, usually all smiles, and she rarely has a mean thing to say most of the time. It’s not rare for her to approach an opponent before a match and wish them well, giving them a reassuring hug.

This is all to lull her foes into a false sense of security, however. Once the match starts, she explodes with raw, untamed aggression, slamming them all around the ring, mashing their faces into her most intimate parts, forcing herself on them, doing anything she can to degrade and humiliate. Making it worse is her attitude during the beatdown - she keeps her pleasant demeanor, even as she leaves her opponents in a mortified mess. This facade disintegrates more and more when she’s pressed, however - Wendy doesn’t like it when her victims put up a good fight.

One would think that a woman with a background like Wendy’s would grow up appreciating what it’s like to be bullied and respect others in her adult life, but that wasn’t quite how it turned out. From a young age, she was constantly tormented by the girls in her classes, made fun of for being overweight. Beaten up in bathrooms, having her clothes stolen in gym class, forced to do the homework of others, the whole deal. She was a shy child, afraid to stand up for herself, not willing to fight back.

This changed, however, when she hit her growth spurt, becoming abnormally tall for a girl her age. Her curves smoothed out, her body hardened, and suddenly she was able to look down on the girls who’d tormented her. Her bullies made the mistake of antagonizing her one day, and in a fit of rage, she wrestled one of them down and proceed to pick her apart on the ground.

It was a rush, dominating another girl like that, and Wendy found herself craving more of it. She began bullying the girls who’d bullied her, telling herself it was just her giving them payback, but that was just a convenient excuse - she just loved exerting control of them. It pushed her to join her school’s wrestling team, which she was promptly kicked out of after a few months of going to far with her opponents, but the hunger persisted and led to a career in wrestling.

She did well in the sport, but drew ire wherever she went from her victims, quickly gaining a reputation as someone who took liberties with her beaten opponents. It seemed like she couldn’t get any traction in the States, but then she heard about LAW, and one thing led to another... 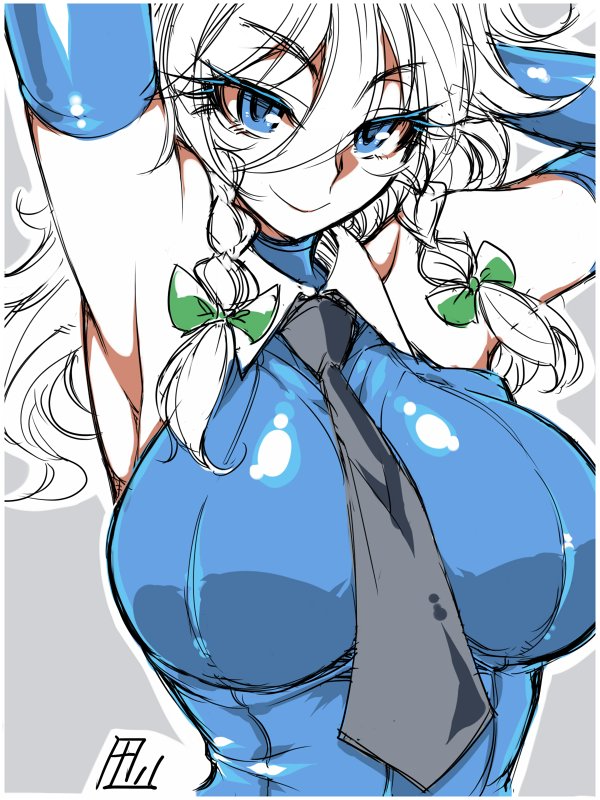 -The tie is a clip on, you can’t choke her with it. Wendy gets a kick out of people trying and falling flat on their butt, though.
-Does a little session wrestling on the side, when she needs to make some extra cash. She likes to sit on faces, some guys will pay for that, seems like a natural match.