The Start of Something Amazing

The Start of Something Amazing

Apply Some PressureShow
Nodding along to the rocking music of Maximo Park coming from her portable speaker she had clipped to her belt. Rabbit would watch her left flank as she turned right only to immediately curse under her breath and turned right back around with such neck-breaking speeds that only someone with years of experience could ever pull off. Then breaking into a sprint to help pick-up speed Rabbit would give chase to her unresponsive drone, as it continued to fly in a straight line towards the brick wall at the far end of the LAW parking lot!

However, once she had reached a fair distance from the rogue drone. The silver haired skater would pull out her remote control for the drone from the pocket in her white jacket and started jamming her thumb against the stop button. Until finally without much warning it would come to a complete stop just mere feet from the hard surface of the wall and only seconds away from the pursuing skater!

Who without much choice in the matter had to duck low to avoid hitting the drone and immediately transition into a baseball slide that would leave her laying flat on her side with her extended foot touching the lower half of the brick wall. Yet, nonetheless safer compared to what could have been. A fact that wasn’t lost to the daring skater who would give a heavy sigh of relief as she looked suspiciously at the hovering drone just above her.
RabbitShow 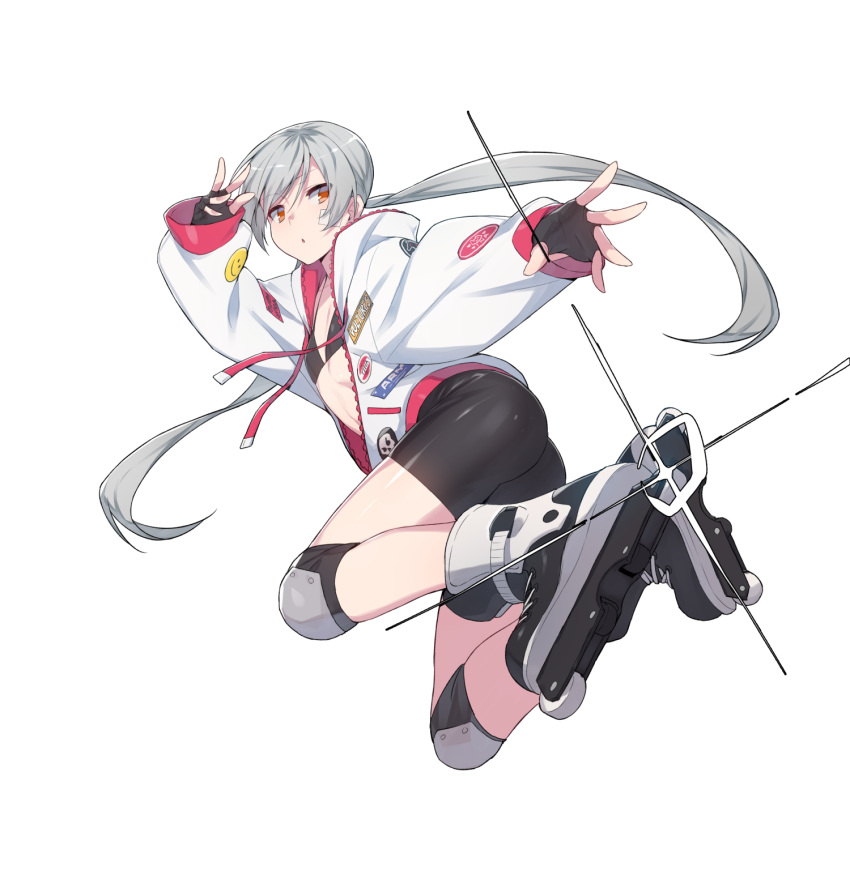 *Clap! Clap! Clap!* A rapid succession of sounds followed the little Rabbit's "trick"! About ten feet away from the skater stood another girl. Just as small and sweet looking, but garbed in a pink! Her blonde hair pulled away from her face by a hairband with a childish heart emblazoned upon it.
Kelsea RoseShow 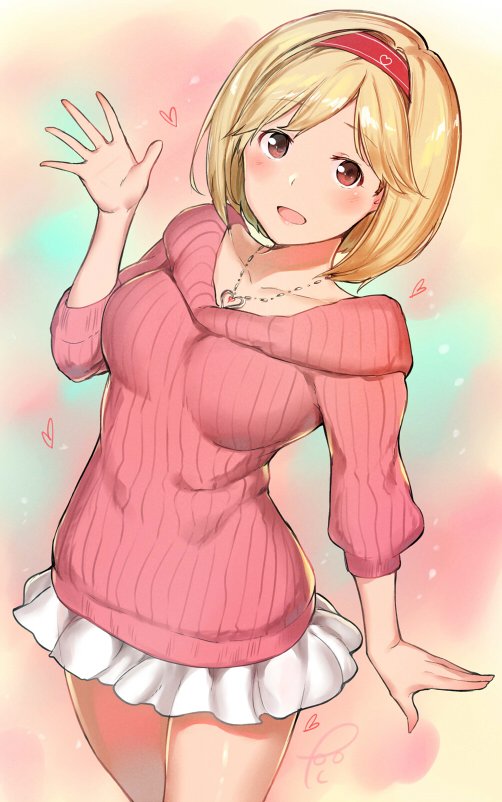 "Oh my gosh! That was amazing! You were like *vrooosh*! And then you were like *whoosh*! And *boom*!" The girl spoke at a breakneck speed that rivaled Rabbit's skating. She was certaunly enthusiastic! Her cheeks were rosey, as lively as the rest of her. She hopped up and down as she applauded, her golden tresses bouncing voluminously!
Sucker Punch's Roster
Top

Getting on her knees Rabbit would hear the rapid cascade of faint clapping coming from somewhere. Though once she had paused her music she would get a better idea from where and see that it was coming from a short haired blonde that was now speaking so fast she could easily rival Speakeasy for the fastest talker in Japan!

"Ha, thanks but that was nothing. You should have seen me when I ran the derby circuit or the few street races I graced. Now those are what I call amazing." Rabbit bragged with a wide grin before she turned off her drone and set it aside for a moment. So she could give her undivided attention to her mysterious spectator.

"I'm Anya by the way but you can call me Rabbit. And you are?" The silver haired skater introduced herself as she extended a gloved hand for a handshake but momentarily paused to shiver as a cold breeze ominously passed by.
Last edited by TheSuitedOwl on Wed Jan 15, 2020 4:21 am, edited 2 times in total.
OWL INC. HR Department
Top

"Oh my gosh! I would have loved to see something like that! Especially if it was somehow cooler than what I just saw!!" She declared enthusiastically as she took the skater's hand. As she shook the woman's hand she would also offer to help her get back to her feet!

"Rabbit? Oh man. My name is so boring next to yours!" She rubbed the back of her head as she laughed sheepishly. "I'm Kelsea! Nice to meet you Rabbit!"

She took a step back as the girl shivered. She hadn't really looked AT her until this moment... Gosh. She was really pretty. Kelsea's cheeks took on a faint blush before she stammered something out to distract herself.

"I-is everything alright? Are you cold? You didn't hurt youself did you!?"
Sucker Punch's Roster
Top

Accepting her hand and help Rabbit was quickly back on her feet, pulling her jacket zipper a few clicks above her bellybutton before she would look at Kelsea with a toothy grin."Nah, nothing serious just a bit cold. Now weren't you saying something about wanting to see something cool, because if that's the case. How about you help me out? I promise ya it'll be worth it and if you want I can give ya a nickname later. So what'd ya say? You in?" Rabbit finished completely oblivious of Kelsea's blushing. As she looked deeply into Kelsea's beautiful amber eyes with a certain shimmer in her own that weather she knew it or not.

Was urging the cute lightweight across from her to accept her offer, push herself to the limit, and shine like the skating expert she already knew she was. All the while the silver haired thrill seeker gently held her hands around Kelsea's bare shoulders and waited for a response that she was positive was going to be a unequivocal yes.
OWL INC. HR Department
Top

Kelsea's shoulders tingled from Rabbit's touch. Her hands on her bare skin sent a shiver through her body and a flush through her pale cheeks. "M-me too! It's a little chilly!" She offered as she felt something tighten in the pit of her stomach. The two locked eyes for a moment and Kelsea's heart began to race. Gosh, she was a pretty girl! Her lips began to dry out, prompting her tongue to sweep over said soft, inviting lips.

"Y-yeah! I'll do anything for you!" She said, not quite understanding the context of her answer. Kelsea had always had an issue with interacting with beautiful women. She was easily flustered and they did not come any more beautiful than Rabbit.
Sucker Punch's Roster
Top
Post Reply
6 posts • Page 1 of 1