Haley would smack her cheeks as she wanted to win this match she wore her blue cameo sports bra and yellow shorts as she would looked at her self in the mirror. she hasn't been having a decent match in a while. she didn't care about winning or losing but it did sorta suck having the taste of defeat in her mouth. sighing softly she would stretch out and tried to psych her self up. Getting the cue to go she would head to the back stage area and walk out once her music started playing.

she would wave to the crowd that cheered for her as she smiled at them. she would roll into the ring and jump on the turnbuckle waving to the crowd more. once her entrance was finished she would walk to her corner and wait for her opponent. all she knew was she was going to face off against a new fighter. she didn't mind being the first match but she didn't know anything about this girl and that was bad she liked to be prepare before a match. "kaguya saito.... is saito her last name or first name...hmmm" Haley said to her self sighing softly. 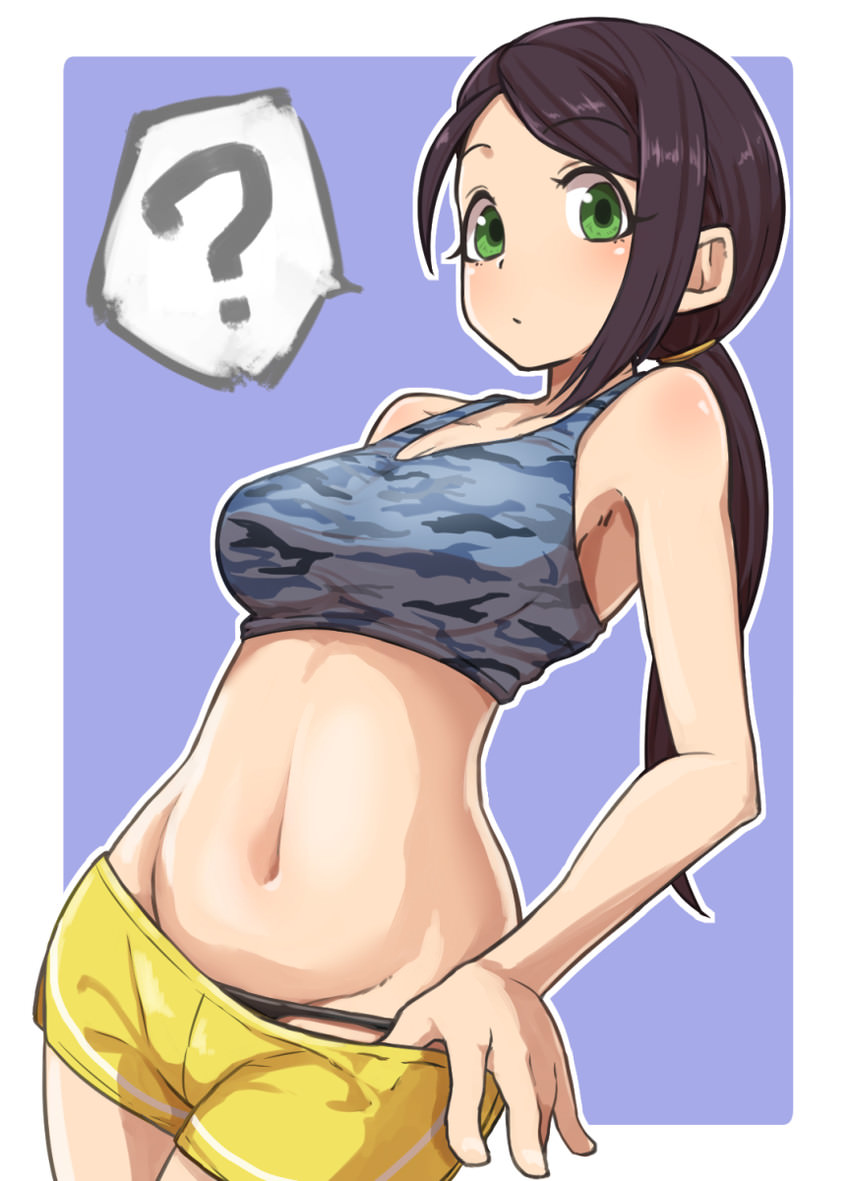 Kaguya would walk into the stage as soon as she heard her name be called and her entrance music starts. She would look to the crowd and remember what she is fighting for. She says in her mind ‘’I cannot be Knocked out here if i want to make a good impression I have to beat her early and brutally. But how I don’t even know who she is’’. She steps up to the ring and goes to her corner and says ‘’ so who are you. I, would like to know the name of my prey before putting you to sleep
Last edited by Slayer on Fri Jul 05, 2019 2:55 am, edited 2 times in total.
Top

Haley looked at Kaguya and smiled as she made her way to the ring. Walking over to the middle of the ring Haley looked at her. "names Haley and sorry but I'm the one thats going to win this." Haley stated out bluntly. "I take it your Kaguya Saito right? its nice to meet you hope we can have a fair and good match." the military kid said as she looked at the ref to tell them she was ready.
RJD made me do it he made me shoot that man
Top

Kaguya looked at Haley hoping to get the drop on her immediately runs up to her attempts to put healed into a bearhug before she can heat herself up
Last edited by Slayer on Fri Jul 12, 2019 2:40 pm, edited 1 time in total.
Top

Haley would get close to Kaguya however the blond would get her in a bear hug. "guh!" Haley groaned feeling kaguya squeeze her. "nngh...let go of me!" She said before wrapping her hands around Kaguya's head and pressed her breast into her face."take this!" she said giving Kaguya as breast smother.
RJD made me do it he made me shoot that man
Top

‘’Lemph goomph’’. Kaguya began to squeeze Haley has hard as she could. It begins to feel like a rope getting tighter and tighter on haley’s Stomach. This doesn’t make any sense to Haley she had such a small frame but yet so strong. And then she thought why Would she go for a bearhug in a smother match
Top

Haley groaned as the girl was very strong feeling herself get the life squeezed out of her. However Haley here self was also very strong despite her frame as well, she squeezed Kaguya's head tight in the breast smother. Haley didn't know why Kaguya went for a bear hug she had a pretty good guess and that was to weaken Haley to be easy pickings. "Let go of me..." she groaned. one of them was gunna have to give and haley felt like her back was about to snap.
RJD made me do it he made me shoot that man
Top

‘’ I can’t breath I.. have too let go’’ she let haley go. But Kaguya wasn’t gonna let her down slowly but painfully as she threw down Haley and said gasping for ai ‘’ that *pant* was a bitch *pant* move’’. Haley would hear as she was recovering a slight crackling sound that happens twice until it turn into electric sparks going off
Top

Haley was about to let go of her mother befor she was slammed down onto the ring. "gua!" she coughed aching her back. She looked up at Kaguya groaning. "it;...is ....a smother...match get use to it..." Haley breathed out as she would roll onto her hands and knees and tried to get up quickly while her and kaguya were recovering. the match hadn't even lasted 10 minutes and they were pretty winded already. Looking at Kaguya Haley would groan holding her back.
RJD made me do it he made me shoot that man
Top

Knowing she probably won’t have another easy chance stumbles over to Haley and goes over her to put her in a rear naked choke but instead of choking her she is smothering her with 1 hand and wrapping her body and arms with the other while saying ‘’ well if that is the case. Then hopefully you will get used to this *pant*’’.
Top
Post Reply
69 posts