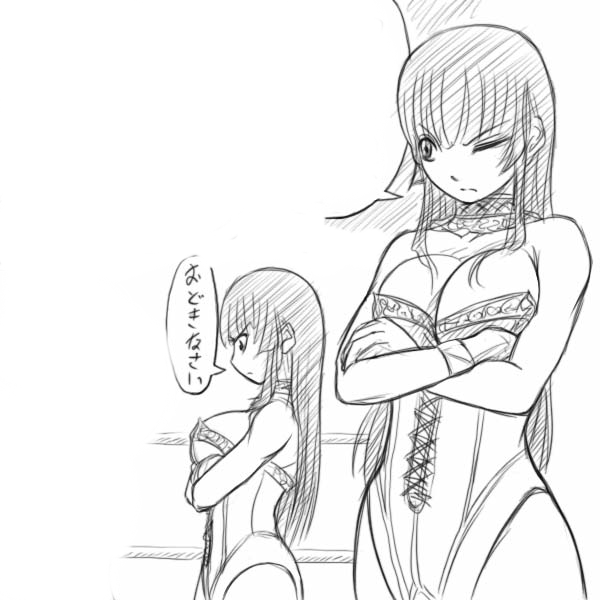 Personality & History:
Holly works hard to be respected in the ring, even if her abilities fall short of backing that up. Returning to active competition after her first child was born has only heightened the Brit's desire to show she can still compete, making her a focused competitor. Serious-minded and competitive, Holly hates nothing more than losing, and gets flustered in the ring easily.
Part of this is because she got into wrestling initially to impress her partner, the world-traveling luchador Sombre Blanco. Holly began training to impress him, and kept wrestling to prove that this wasn't her only reason to compete. Now, as she laces up the boots once more, the British Bombshell is looking for a new start, and looking to create a legacy that her growing family can someday take a bit of pride in.
Unfortunately, since coming to LAW, reality has fallen far short of Holly’s dreams. As a singles competitor, Holly has lost far more than she’s won. Her tag team efforts as the British Bombshell, alongside Gemma Faraday, were even more pathetic. The Bombshells’ losing streak was eventually so pathetic that Gemma would lose her cool, trashing Holly with a scathing post-match promo and knocking Holly out cold in the center of the ring!
Now alone, Holly pursues singles competition goals. Trying to focus on maintaining her dignity in a frequently undignified industry, Holly fights hard to maintain her honor, prove her skill, and give everything she has to making her fans and loved ones proud of her! 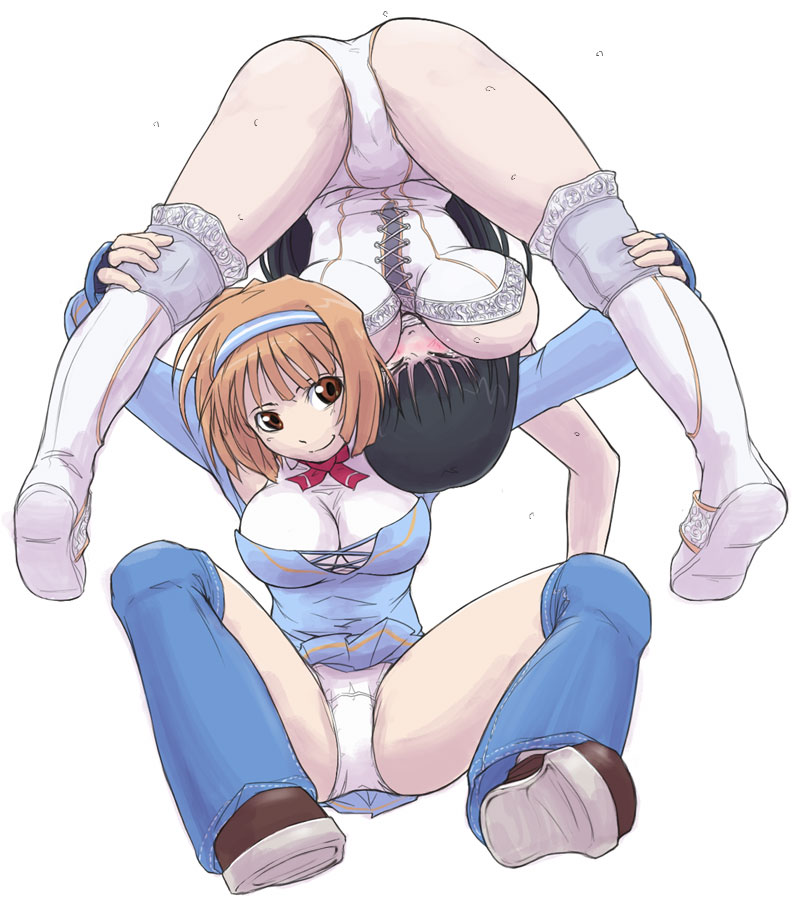 Training & Wrestling Style: Holly’s initial training came from her boyfriend, Blanco Sombre, during their spare time. She’s tightened up her skills working with former tag partner Gemma Faraday, and tries to work with a trainer. Despite this, Holly has yet to shed some of her ‘excess curves,’ something that frustrates her to no end.
Holly's wrestling focus is on solid fundamentals, so she likes to grapple with opponents early and often. As a hippier girl, Holly hopes to have a solid enough base to easily lift most women she goes up against, favoring suplexes, back body drops and the like. She also likes to settle her weight onto opponents for punishing submission holds, such as the camel clutch or boston crab. 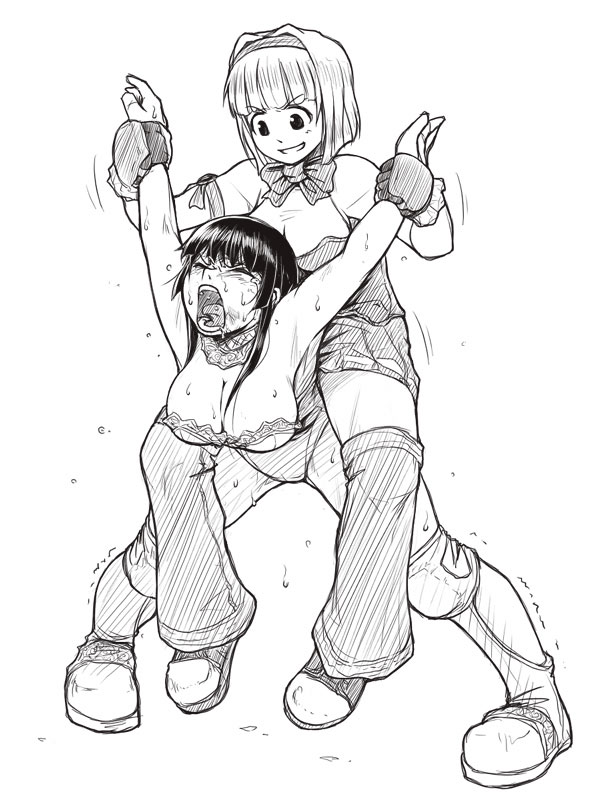 Experience: Holly spent little time in training, but now has a couple of years of in-ring experience under her belt. However, she is also coming back from a long hiatus, and is trying to shake the ring rust. 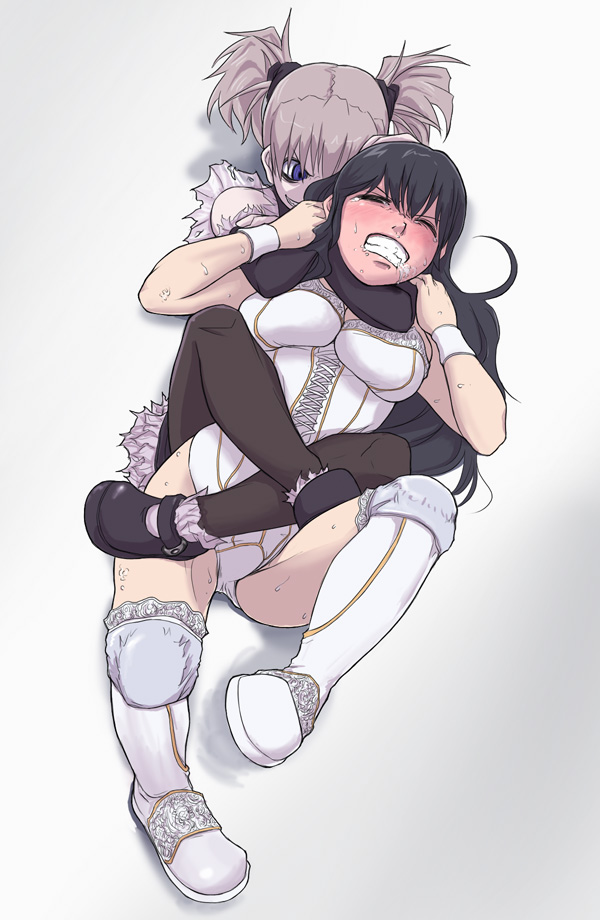 Signature Moves: Hip tosses, body slams, splashes, sentons, chops, lariats.
Rana Vivaz- Holly will catch an opponent who is coming back her way after an Irish whip rebound by jumping and wrapping her legs around their waist. From there, the Bombshell flips over, slamming their back to the mat and hooking both of their legs. She leans in, usually pressing her chest against their face to secure the pinfall. 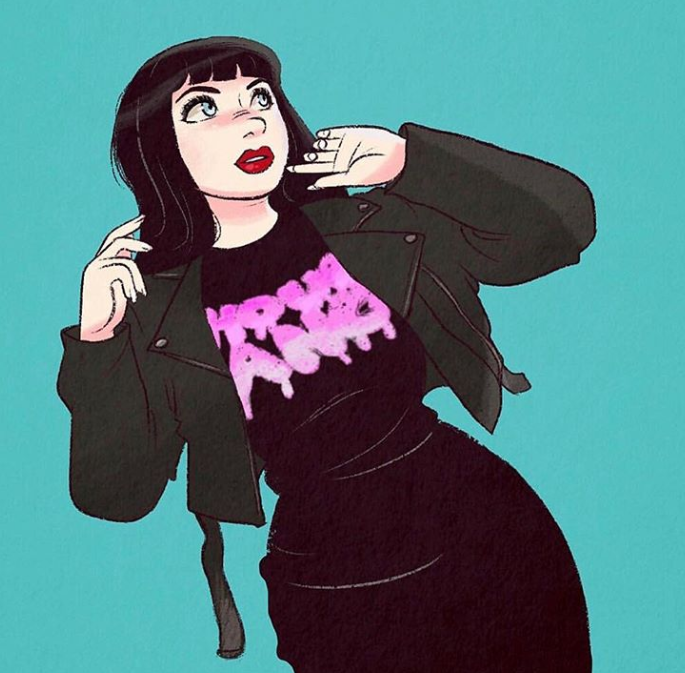 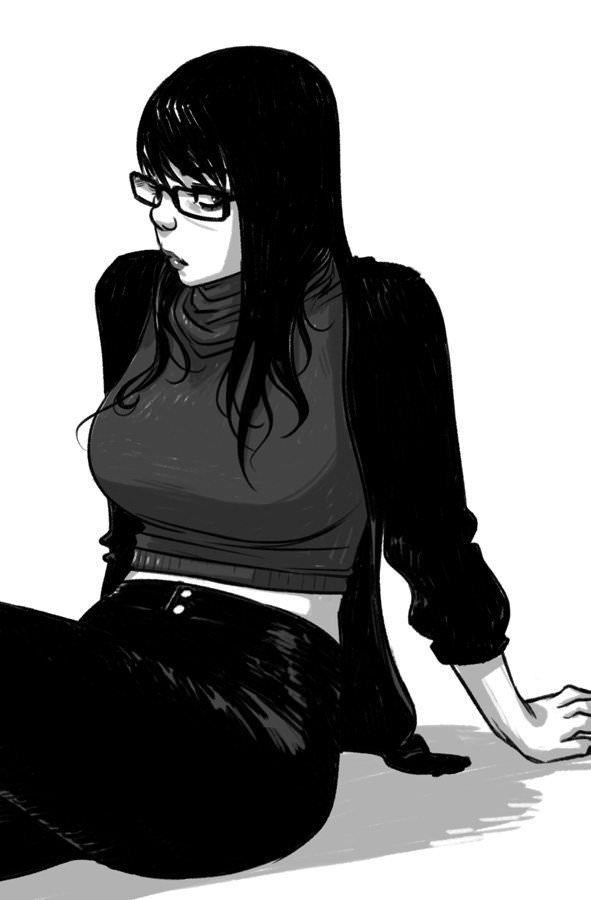 SOCIAL GROUP:
Partners, Friends, Etc.: Blanco Sombre;
Favorite Opponents/Rivals: None, as yet;
Most Feared/Hated Opponents: Killer King; Sandy White;
Biggest Win: “I defeated Hikaru Sawazaki, in a big win. Well, my only win, really. But I assure you, it was quite the victory.”
Worst Loss: “Ugh, so many to choose from …” 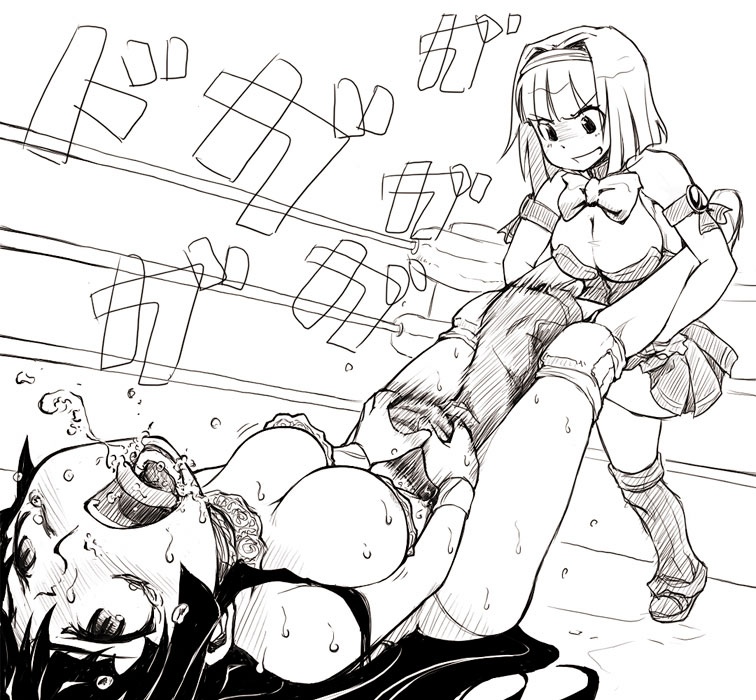 Attitude: Holly tries to carry herself with honor, dignity and respect. The British girl focuses on trying to make it big with her in-ring skills, as opposed to her looks, and tries her best to be seen as a solid competitor. Some view her attitude as posh and prudish, but Holly tries to take pains not to be rude to others- at least, until they set her off. Frustrated by losing, and made cautious by her treatment at the hands of opponents, Holly can also be a bit standoffish.
Fan Base & Crowd Reaction: Pretty and driven, Holly gets a good reaction from the fans. Many see her trying her hardest out in the ring, despite her many losses. Holly’s built up a fairly good-sized fan base that want to see her secure that elusive big win, loving her underdog status. However, she also seems to have a significant fan base that gets a kick out of seeing the pretty posh Bombshell get absolutely wrecked in the ring … 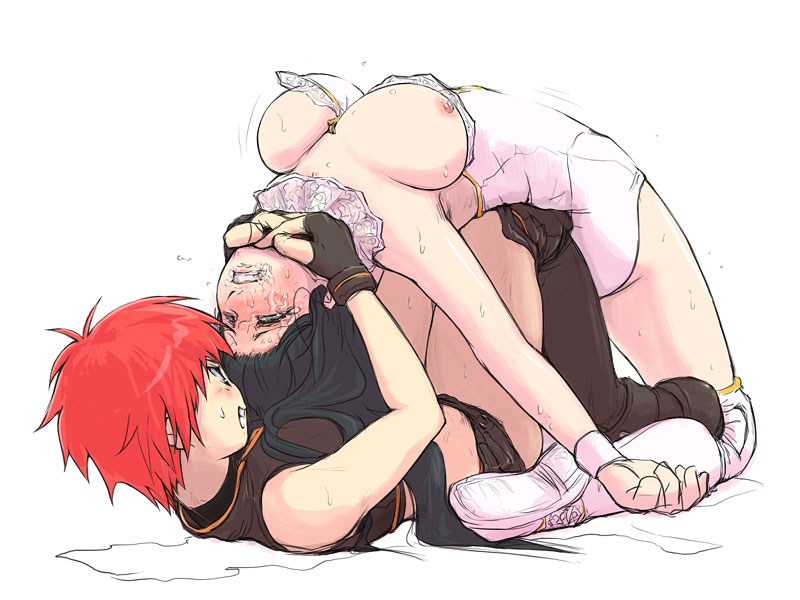 Titles Held: LAW Loser's Champion
Career Highlights: TBD
Wrestling Ambitions: I want to prove to everyone that wrestling isn’t something I got into to impress a boy. When it’s time for me to hang up my singlet, I want to be able to look back on a long career that I can be proud of, and I want my loved ones to be proud of me.” 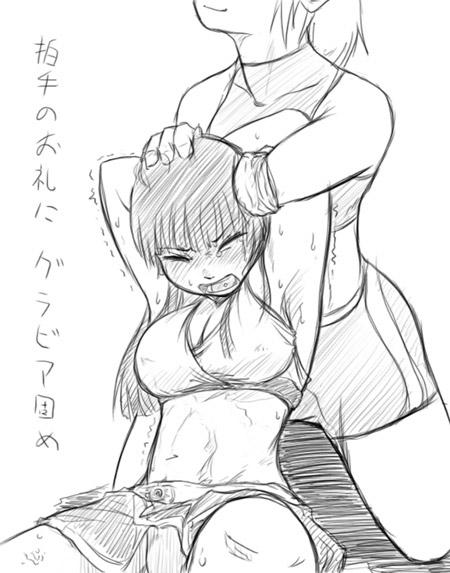 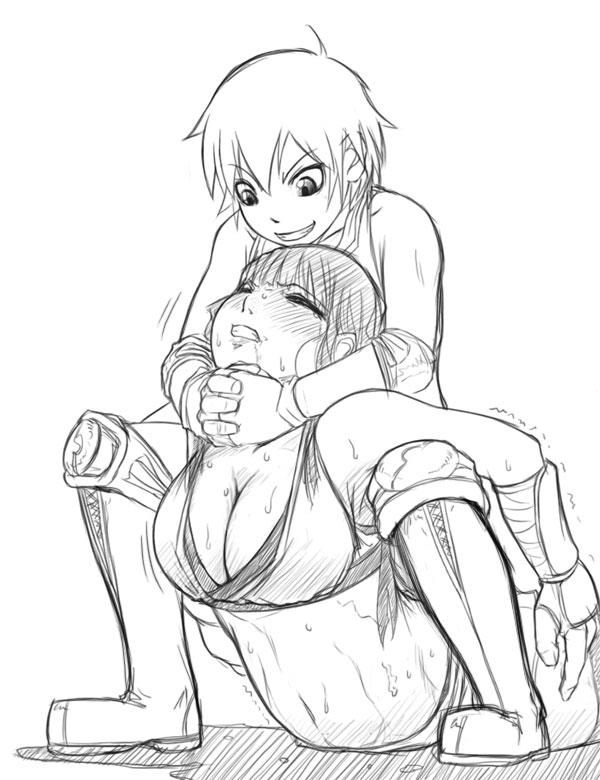 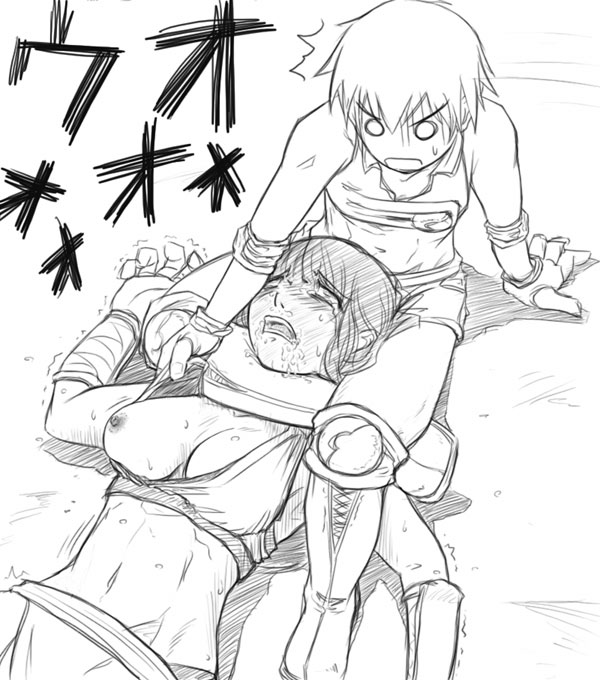 Trivia & Fun Facts:
- Holly has a highly posh accent and composed attitude, despite her geeky interests and easily flustered nature
- Holly's partner, El Sombre Blanco, is part of a long masked wrestler legacy. He currently stars in an ongoing wrestling series on an obscure American cable network, combining modern production values with the cheesy monster movies of his father
- Holly used to be avid on Twitch as a gamer; since refocusing on wrestling, she's had a popular series on wrestling training, through the platform
- Holly maintains a semi-popular webomic on Tumblr called "Busty Fighter Problems, based on her own experiences and inability to shed as much of her body fat as she'd like, despite being in ring shape
Last edited by Luncha_Libre on Wed Sep 04, 2019 11:30 am, edited 6 times in total.

Discord: luncha libre#9686 -feel free to hit me up if I'm actually on the thing!
Ladies Libre- My Roster
Top

Re: Holly Matheson, the British Bombshell

Discord: luncha libre#9686 -feel free to hit me up if I'm actually on the thing!
Ladies Libre- My Roster
Top
Post Reply
2 posts • Page 1 of 1