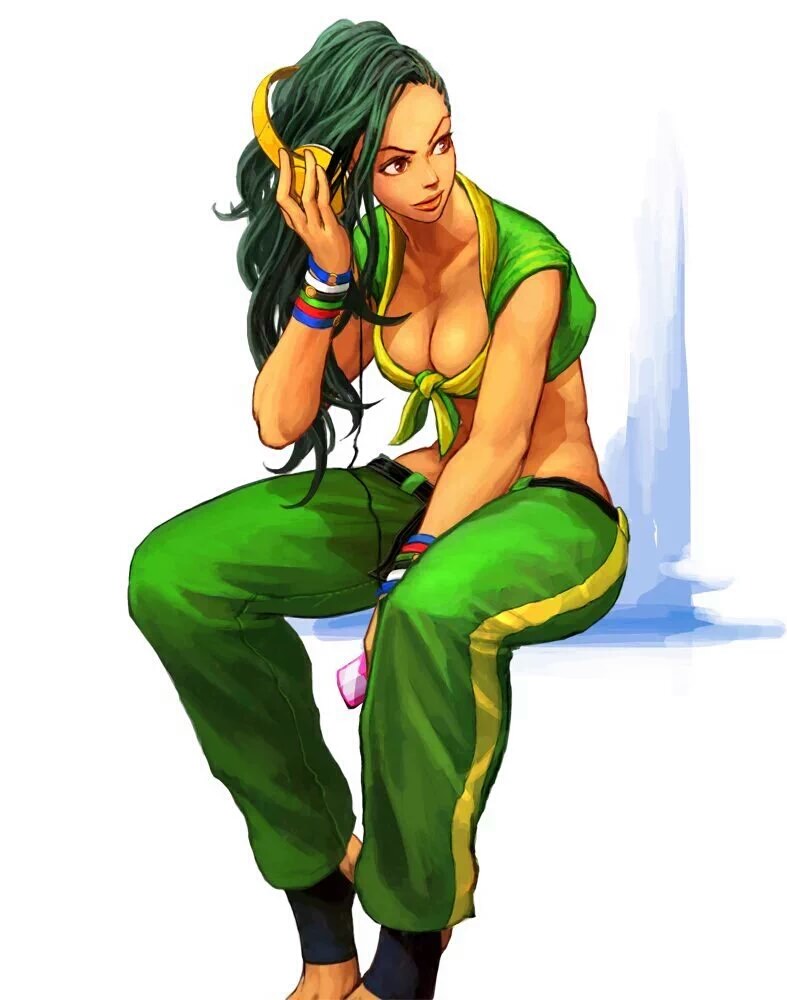 Date of Birth: October 29 [19 years old]
Height: 5'7”
Weight: 122 lbs
Build: Curvy, with solid muscle definition in her core and legs
Physicality: Sola hits hard and fast, and she wants to make sure that everyone sees her doing it. High endurance, high agility, and a mean streak that helps her sustain an offense.
Hometown: Ponce, Puerto Rico
Entrance Theme: “Bad Girls” by M.I.A. 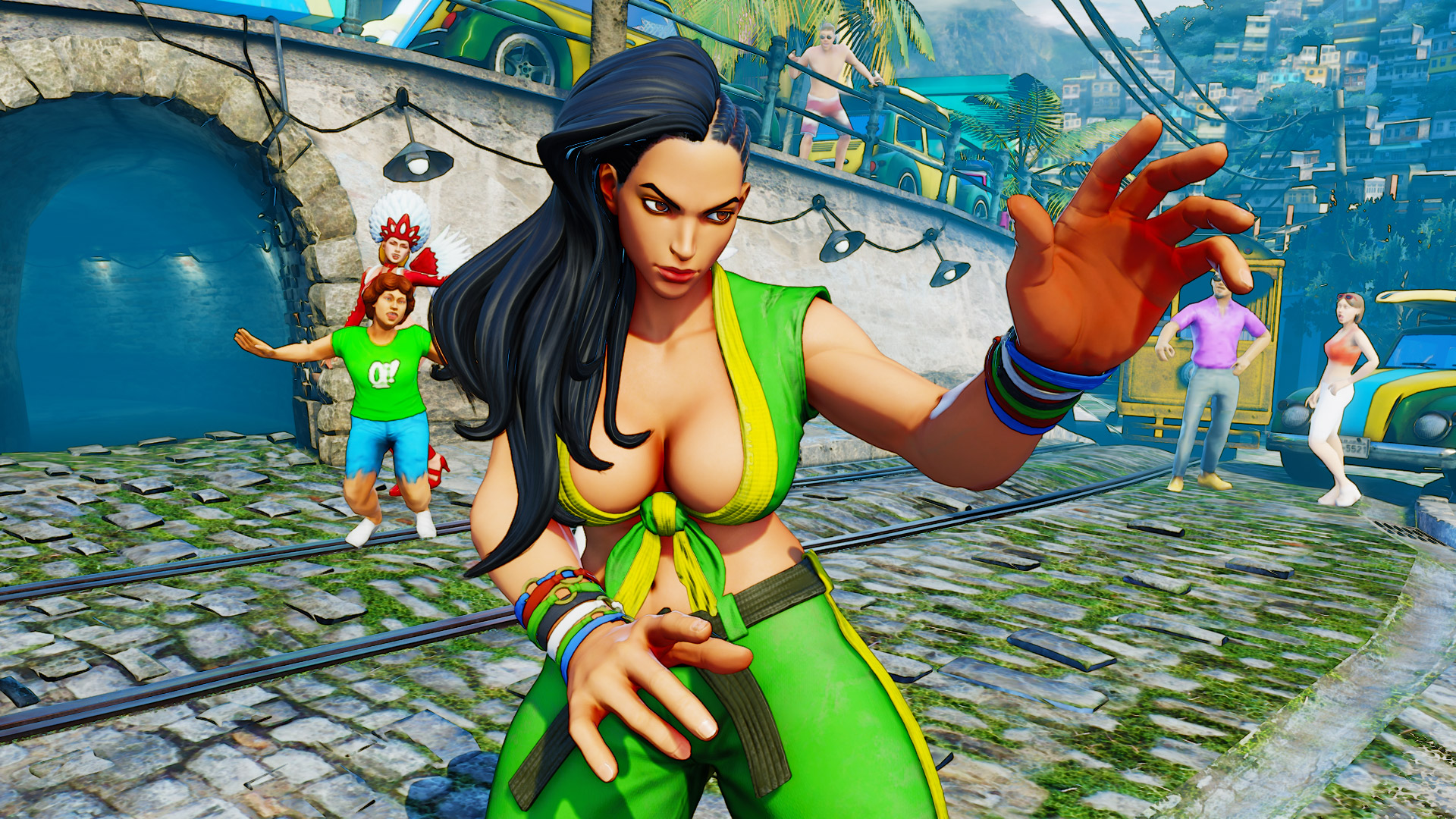 Background: Illegitimate daughter of famed Puerto Rican wrestler Valerio Vega, Soledad grew up with a chip on her shoulder. Known locally as “the worst kept secret in wrestling,” Soledad had a chip on her shoulder that could only be fulfilled by fighting. The young woman would take on all comers, regardless of age, gender or background. Some nights, she would come home to her mother with a vicious grin and a throng of admirers. Other nights, she'd limp home with a tear-streaked face and a collection of bruises. But every night, she would go out and do it again.
When Soledad's mother completed her education to become a nurse, Sola was elated. Not because her family was better off, but because she had a trained nurse at home to treat her injuries. The teenage street fighter kept up her wanton ways until she got what she thought she wanted: a training scholarship to Valerio Vega's training academy.
As Soledad's fame in wrestling grew, her already suffering grades slipped even further. Soledad failed out of her final year of traditional schooling, even while her wrestling career soared. Valerio took notice, and saw something needed to be done- he arranged an apuestas match, a mask vs hair match against a visiting luchador to try and shame the girl back to her senses. Soledad wound up losing the match, but bailed on her head shaving. As a mark of shame, Soledad would keep half her hair in a tight braid, while displaying the rest as a sort of taunt to tradition.

Training & Style: When Sola's street fighting reputation became too much to ignore, she was recruited to join the training school associated with Valerio's wrestling promotion. Here, Sola got a solid understanding of fundamentals, while retaining the knowledge she gained on the streets. Sola took every fight she could, while avoiding her father.
As a result, Soledad wrestles with a mixture of traditional grappling, and rough & dirty street fighting. Sola likes to get in close with her enemies, wear them down with rough strikes and dirty blows, before using her body to dominate them. A curvy and strong woman, Sola usually has no problem with domineering her foes, and no lack of willingness to go that extra mile to both stimulate them, and bend them to her will. Sola doesn't mind stretching the rules, angering referees, and generally pushing boundaries while she puts her foes beneath her.
Experience: Soledad has years of experience fighting on the streets, as well as a couple years of highly focused wrestling training in a formal setting. After her highly-publicized apuestas downfall in Puerto Rico, however, the young woman traveled to Japan. She collected some championship gold in a highly popular promotion, before having to drop it when legal matters kept her from competing. With that cleared up, Soledad is ready to get back into the ring, and try her hand in a new promotion.
Signature Moves: Numerous kicks, including the roundhouse kick, the jumping knee strike, rolling kappou kick, somersault pele kick, axe kick, the leg sweep, spinning heel kick, enzuigiri, springboard and second-rope dropkick, etc.
Sola also uses a few grappling moves, mostly based around her powerful legs:  the hurricanrana, headscissor takedown (from both standing and prone position), top-rope dragonrana, springboard hurricanrana & leg lariat.
Specialty Move-

El Cimarron- Mounting a face-down opponent with her hips straddling theirs, Soledad will take hold of an arm, stretch it across her side, and then begin twisting it against her powerful body mercilessly as she rises upright and turns against the twist.  From here, Sola will yank and twist the arm into a variety of positions, trying to drag her victim around as much as she can.  Pressuring the joints against the force of her own body, this hold usually makes for an amusing show, with her opponent flailing against the motion, wearing them down.

Attitude: Sexy and vivacious, outgoing and more than willing to do whatever it takes to put her opponent off their game. Has a hell of a mean streak, and loves to rub her opponents' failures in their faces. Sola also loves a chance to rub her nose in regular wrestling tradition, her urge to rebel often overriding all other impulses.
Outside of the ring, Sola likes to live it up and have fun. Attention-seeking and easygoing, Soledad likes to be the center of attention wherever she goes. She is also very self-conscious about her humble upbringing, and can be easily upset when she feels like she's being treated like a “street rat,” or otherwise someone's lesser.

Crowd Reaction/Fan Base: Soledad is a ruda through and through, with no qualms about lying, cheating and stealing her way to a win.

Titles Held: AFW 24/7 Championship
Career Highlights: Winning the 24/7 Championship and a respected Puerto Rican wrestler's hair in the same match; bailing out on her Puerto Rican apuestas match, making her hated in that country to this day.
Wrestling Ambitions: To transcend the fame usually associated with the ring, and transcend into infamy. To eventually overshadow her father's legendary career while keeping true to who she is, as a wrestling ruda.
Match Record: TBD

SOCIAL GROUP
Partners, friends, etc: “My best partners are shoved into this shirt, chica!”
Favorite opponents/rivals: Soledad is trying to make a new go of things.
Most feared/hated opponents: “Shit, you think there's some bitch out there I'm gonna be afraid of? Ha, yeah, good luck with that, culo.”
Biggest Win: “Every win is big, chica. A 'biggest' win is what you call it when you're too tired and lazy to go out and get a bigger one.”
Worst Loss: “What, you think you gonna give it to me? You wanna talk about losing? How about I give you a loss right here and now, bitch?”


Trivia & Fun Facts:
- Early in her career, Soledad found herself up against a visiting luchador in an apuestas match: the luchador's mask against her hair.  Soledad was defeated, but halfway through getting her head shaved she bailed out of the ring.  To this day, Sola wears her hair in half-knots, as a sort of taunt against the wrestler who would have claimed her “scalp.”
- While they have never spoken, Soledad does have to half-brothers who are rather successful in international wrestling.
- Soledad has a passion for dancing and music.  While it doesn't quite rival her love of combat, it is a major factor in her life.  Most nights that she isn't in the gym, she will be working up a sweat in a club, or dancing on the street.  She also own an incredibly worn VHS copy of "Only the Strong," and eagerly replaces cassette players in order to keep watching it.
- Soledad is thoroughly addicted to the telenovela.  Her only break from training and fighting comes when she finds a torrent for chunks of her favorite series.  She will then hole herself up in her apartment and hide from the world, while she catches up.
- While her training has some lucha influence, and she speaks fluent Spanish, Sola's personal pet peeve is being mistaken for a Mexican.  On a matter of principle, it's rather galling.
Last edited by Luncha_Libre on Sat Mar 02, 2019 2:54 pm, edited 1 time in total.
So tough, I won't even hit submit on my posts! Wait ...

Discord: luncha libre#9686 -feel free to hit me up if I'm actually on the thing!
Ladies Libre- My Roster
Top
Post Reply
1 post • Page 1 of 1