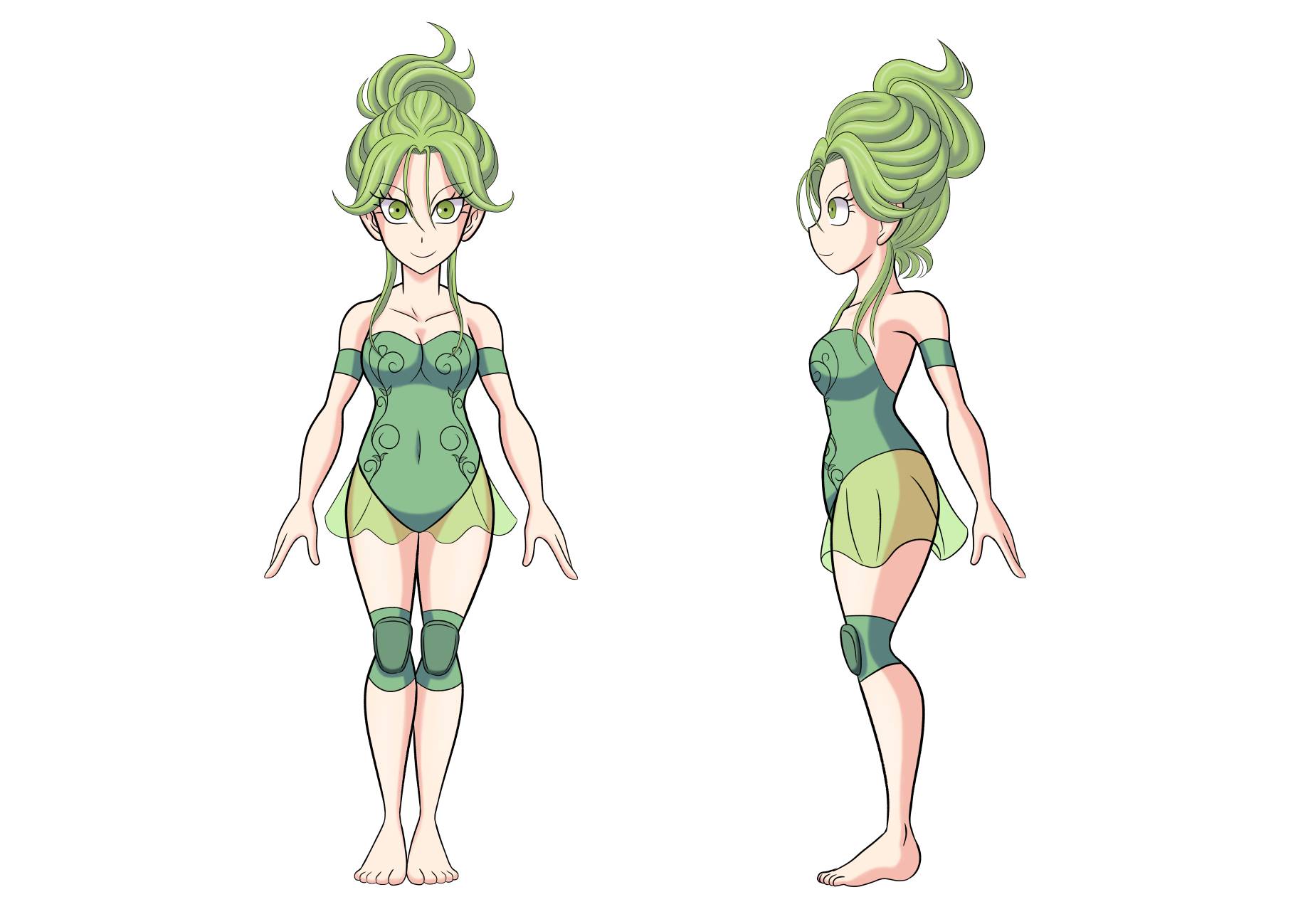 Fighting Style: All rounder with a focus on high flying moves, power moves and submissions

Fairy Driver (Gotch Style Piledriver) Fairy's Wings (Curb Stomp) Personality: Sylphia Fairs is just as much a sweet girl with a determined eagerness for wrestling as much as she loves being a troll and trickster who

doesn't take many things seriously. She is very laid back and relaxed and loves to tease her fellow friends and coworkers, as well as troll heels. She

is also surprisingly strong despite her small build and her best friend and tag team partner is Natura Grace. She models herself after fairies because

of their freedom and how shoe wrestles and acts the way she does to feel free. She also loves puns.

History: Born into a rich family, Sylphia was put under a strict regimen to be the next heir to the house under her parents. She wasn't allowed to do

much, but when she was 10, she discovered Wrestling, and admired Wrestlers for having the freedom to express themselves. At age 17, she finally

broke out of her family home and ran away, around the same time Natura decided to wrestle in the United States. Sylphia decided to go to the show

Natura was performing at, and the two met and became very close friends. Natura helped pay for Sylphia's wrestling training, and the two have

become close ever since, with both deciding to go to L.A.W