Amongst the records of official LAW matches, a peculiar format of contest comes about every now and then. Be it a bedroom bout, swimming pool scuffle, or even a fight among the sandy shores of Japan, so long as an referee is present anything and everything can be considered an official LAW bout.

My next interviewee is absolutely no stranger to this - the world famous 'Battle Bunny,' or to some 'Titania' has become something of a staple when it comes to curious match varieties. Returning from a brief stint away, we catch up with Ms. Christiaens in hopes of finding out just what this particular bunny is looking for. 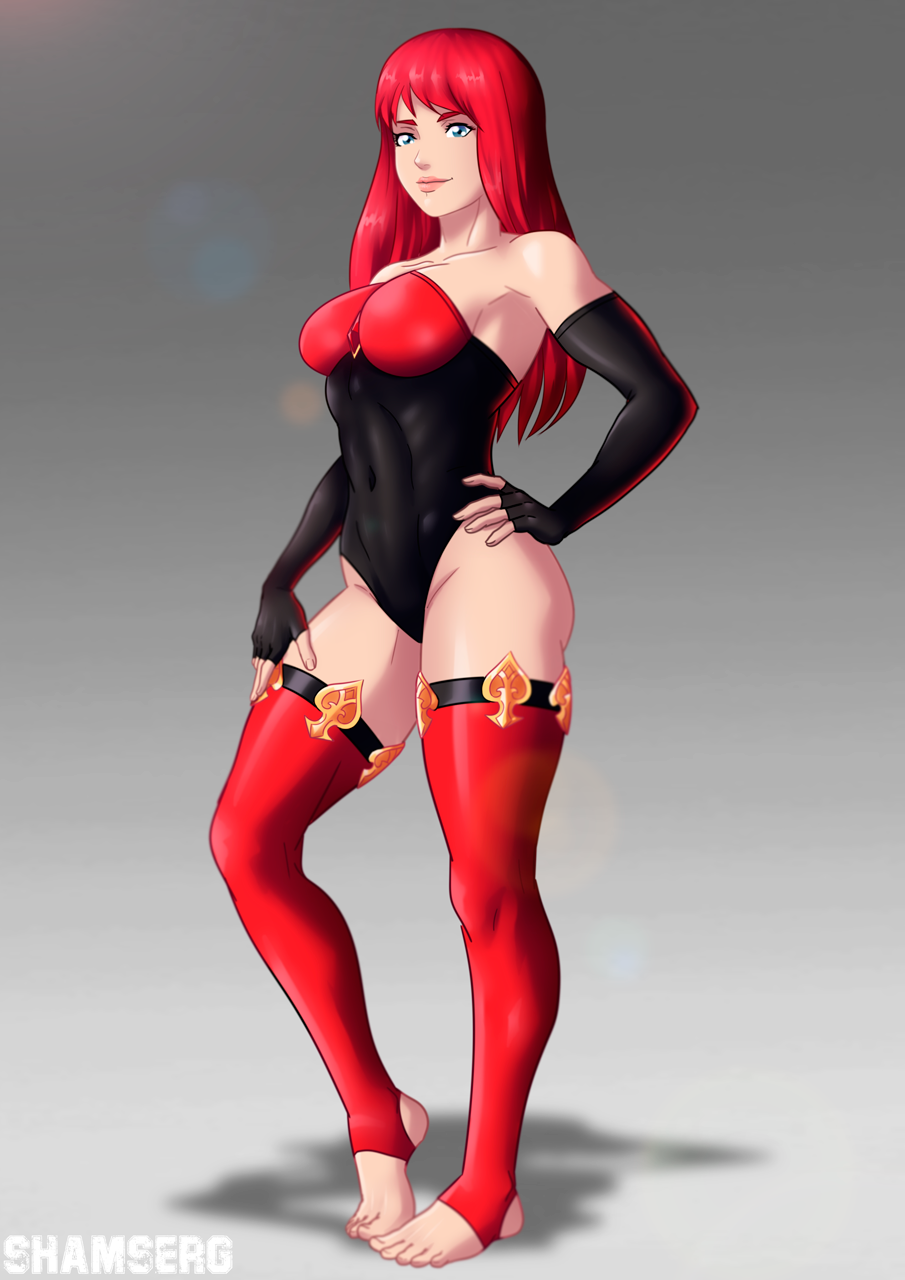 Arlise, welcome. For our readers, why don't you give a summary as to what Arlise Christiaens is?

"Hello, and thank you. What I am... or maybe, what I hope to be, is the kind of woman who earned the same reputation I did in my old promotion - a woman who was strong enough to be called Titania, but the same woman who can enjoy herself at the same time."

Any thoughts to our current champion, Rei Tachibana?

"I don't know her personally, but I don't think I'm alone in saying she's enjoyable to look at. And she clearly knows what she's doing in her particular... field of wrestling. Not that I've watched too closely... of course not... I've had to stay focused on myself."

If Hentai's not on the card, could I smell a possible contender for the middleweight championship instead? How do you believe you'd fare against Lilian Byrne?

"I've become... attached to wrestling, and I've found a lot of fun in the ring. But it's easier to have fun when you're doing well in the ring, and I always want to be doing well enough that I have a chance to compete and win at the highest levels. I would love to be considered a contender for the middleweight championship.

As for Lilian... I don't try to judge before I've actually gotten into a tussle with someone. I would think I have a very good chance, though... I would like to see what she might do if she was to get stuck in one of my holds..."

Any rivalries you hope to resume in the coming weeks? Perhaps opponents you've had your eye on for some time?

"I don't know that I've been here long enough to make rivals yet... but I do have strong memories of how my matches ended with Mizaki Tantka and the Amazon, Alaina, to name two. As for opponents I haven't faced... I did meet a woman on the beach who I thought might be a fellow wrestler. She was very rude, and I'm sure she knows who she is and how we parted ways. I'll wrestle her anytime she desires. And another name I might bring up is... Eve Summers."

Eve summers? Something you'd like to get off your chest about her?

"Well... let's just say she knows what she did. You might call it a... private rivalry."

Those eager to catch up with Arlise and her plans going forward can easily give her a follow on her recently established twitter, in the link below.
Link
Last edited by Devilish53 on Thu Dec 03, 2020 4:08 pm, edited 2 times in total.
DEVILISH'S DEVILS
I Am The LAW
LAW MAGAZINE
Top
Post Reply
1 post • Page 1 of 1