Wrestling Style:
As far as wrestling goes, Salma is a powerhouse grapple through and through, she has the strength and endurance to hang with the toughest and hold on tight. The explosive power to slam and bash people into unconsciousness and the never die attitude of a true wild west cowpoke. She goes in hard and strong, laying into her opponents with tight holds that just ramp up in pressure with seemingly no end, only to throw her foes around as if they are ragdolls. Deadlifting even the toughest women isn't too much of a problem for Salma. She isn't the kind of person who likes to end things quickly though, as she prefers to wear down her foes until they can't continue anymore.

While she prefers to fight clean, she is far from a saint. If the opportunity arises she might take a chance to nail her opponent with a dirty move, but it's rare and it depends on the opponent. Though if they do the same to her or start things off then all bets are off. Since her favorite match type is a Hog-tie match she is quite alright with weapons...especially ropes. She is an expert at wrestling down people and snaring them up, with rope or handcuffs alike.

Salma is all for getting down and dirty, enjoying ending an opponent with a smother. Either by her generous rack or taking a firm seat upon their face, as much as she is willing to take things to a more sensual level as well!

Wild West Elbow Drop - When her opponent is down on her back, Salma will raise one arm up into the air and the other hand would grab onto her belt, shaking her hips as her raised arm performs a lasso motion. After which she turns around and runs straight towards the ropes, bouncing off of them and coming running back towards her opponent to drop that raised arms elbow right down into the center of their chest for a People’s Elbow.

Ace-High Drop - Lifting her opponent up high into the air, holding them above her head as a lift in a military press. Salma usually walks around with her foe held up like this before she drops them down harshly onto the canvas with a Gorilla Body Press Slam.

Crowbait - Tucking her head in under her opponents near arm, Salma reaches across their chest and around their neck with her arm. Placing her other arm against their back, she then lifts them up into the air and then throws them both forward to slam her opponent down back first with an uranage/rock bottom.

Choke Strap - Standing behind her opponent, Salma uses one arm to place her opponent in a half-nelson. She then uses her free arm to pull her opponent’s arm that she is applying the half-nelson too across their own neck, under their chin. She then locks her hand to their wrist behind the opponent's neck, as if that wasn’t already enough she drags them down so that Salma end’s up on her back with her opponent on top of her and those strong legs of hers’ wrap around their waist for a body scissor and cobra clutch combo.

Bangtail Kick - Running at her opponent, Salma jumps up and then raises one leg up to drive her boot right into their face for a nasty Bicycle kick!

Bone Orchard - Facing her opponent, Salma slips her strong arm between their legs and her other arm on her opponent’s opposite shoulder. Lifting them up and tilting them upside down as her arms then shift around their body. Holding them front to front but with her opponent upside down. Salma den jumps up and drops down onto her knees, driving the top of her opponents head into the canvas with a Jumping Tombstone Piledriver.

Banagher - Standing over a face-downed opponent, Salma will lift one of their legs up over her own shoulders, using her hand to force that leg over those shoulders, placing pressure on her opponent’s knee. Leaving one hand free to work over her opponent’s genitals. As she looks in a Stretch Muffler with ample room to fingers and pleasures her opponent with her free hand.

Fit to be tied - Roping her opponent up in a classing hog-tie. Salma will next roll them over onto their back so their own weight is on their arms and legs. Salma then seats herself down on top of their face, smothering them out with her ass as she leans forward and begins to use her arms to rub and pleasure them between their legs.


Personality:
Tough as Nails, stubborn as a mule and wild like a bucking bronco. Three phrases that describe Salma perfectly. She’s been a ranch hand since she was a young lass and grew up tough doing hard work and heavy lifting since she knew how to spell. She’s generally good natured but cross her and you’ll see hell within those eyes.

Never one to admit she is wrong, and not one to bend to another's will, she is headstrong and free spirited. She allows people to make their own opinion about her and doesn’t work to change that perception. Cause in her mind it’s more important that she is true to herself than what other people think of her.

Wild, damn straight she is. She does as she pleases and she does it rough and wild. Even if that is the case, she much prefers the quiet peace of solitude at times. She doesn’t spend a lot of time with people or in groups outside of the ring. That’s how she got her nickname as she is very much a lone wolf. While she is all for socializing should that be appropriate she prefers to take off early, settle down with a drink and take a good long look at the night sky.

In the ring she is no different than she is outside. She can be quite competitive both in combat and in more sensual settings.

Salma Mariela Lambert was born to a family of ranch owners, her dad was an Arizonian through and through, while her mother hailed from Mexico city. Growing up with a somewhat affluent childhood, but not one where she didn't learn the meaning of hard-work. She spent most of her youth working on her father's ranch. Though as she reached her teens, Salma took on the job as a wrangler on a neighboring ranch. She's always loved working with horses and breaking in both wild and unruly ones.

Her school life was pretty average, she was a straight B-student with no real complaints about it. After all she wanted to do some physical work in her life and she was already being groomed to run the ranch. However by happenstance in her mid teens, as she turned fifteen years old, Salma and a group of friends went to watch a live wrestling show that had just rolled into town. Until then she had no real interest in wrestling, but watching the event live and in person in close to the front rows...even having a wrestler thrown right into the crowd in front of her. That entire experience...well let's just say it was love at first sight. Salma fell in love with wrestling and found something she genuinely wanted to try out...she didn't know if she could make this into a career or anything, she just wanted to try and see what she could do with it.

She started by taking some lessons and began to take part in local matches. Growing up wrangling horses and doing some heavy ranch work since a young age had already provided her with a fit and well toned frame, giving her quite the starting position as a powerhouse wrestler. Learning the ropes and growing with each year, it wasn't until she turned 19 that she chose to start wrestling for real. She had a rather promising start to say the least. Talented, tough and trained. She's a fit filly to say the least and that is why she had a rather meteoric rise in the American south-west.

After just one short year of wrestling, she got approached to join LAW and move to Japan. With the blessing of her father and mother, Salma took the first plane ride over to throw herself head first into this newfound career of hers, in the world of wrestling. 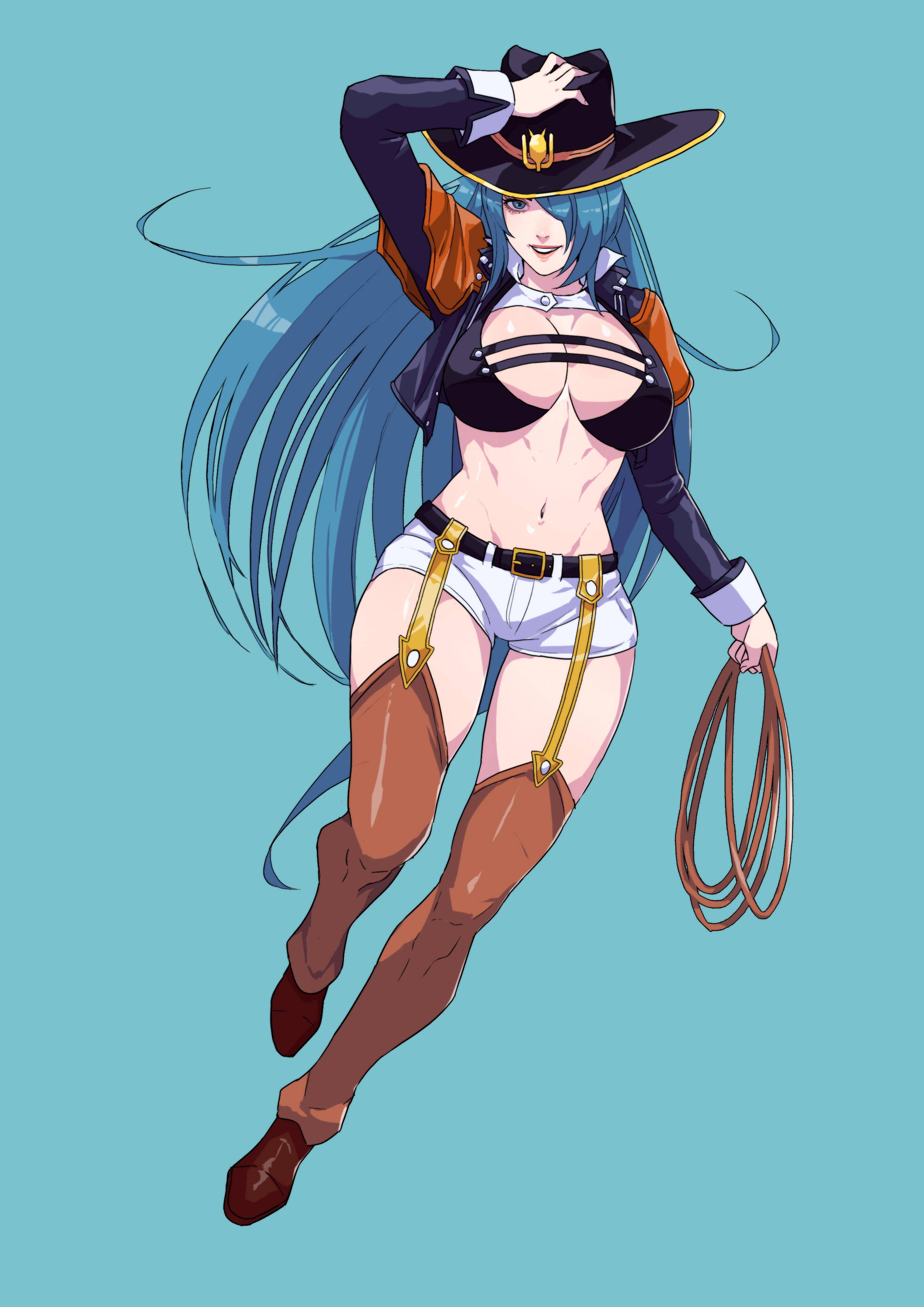 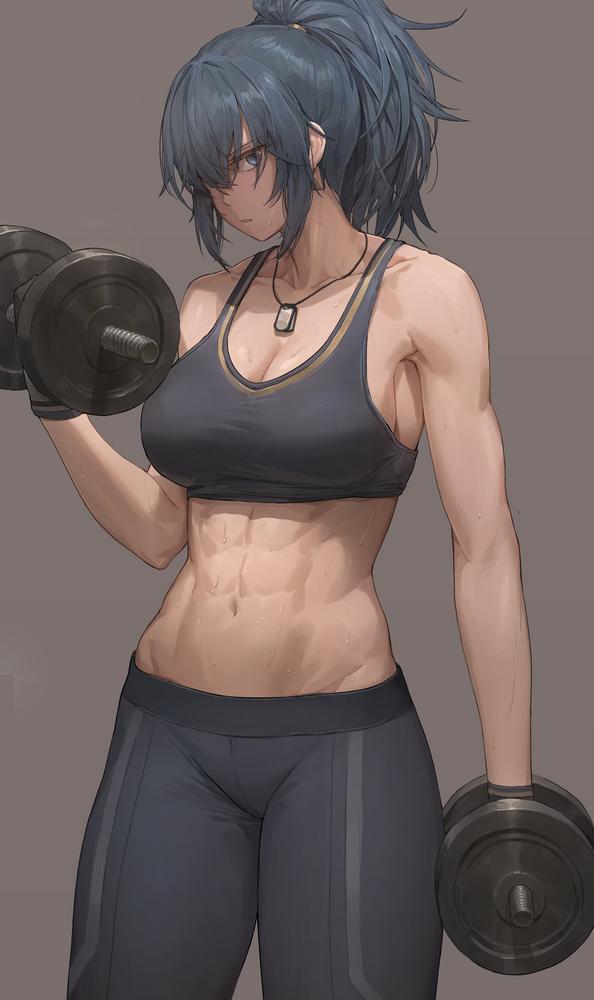