Maritime Mary, The Pride of The American Navy

Maritime Mary, The Pride of The American Navy 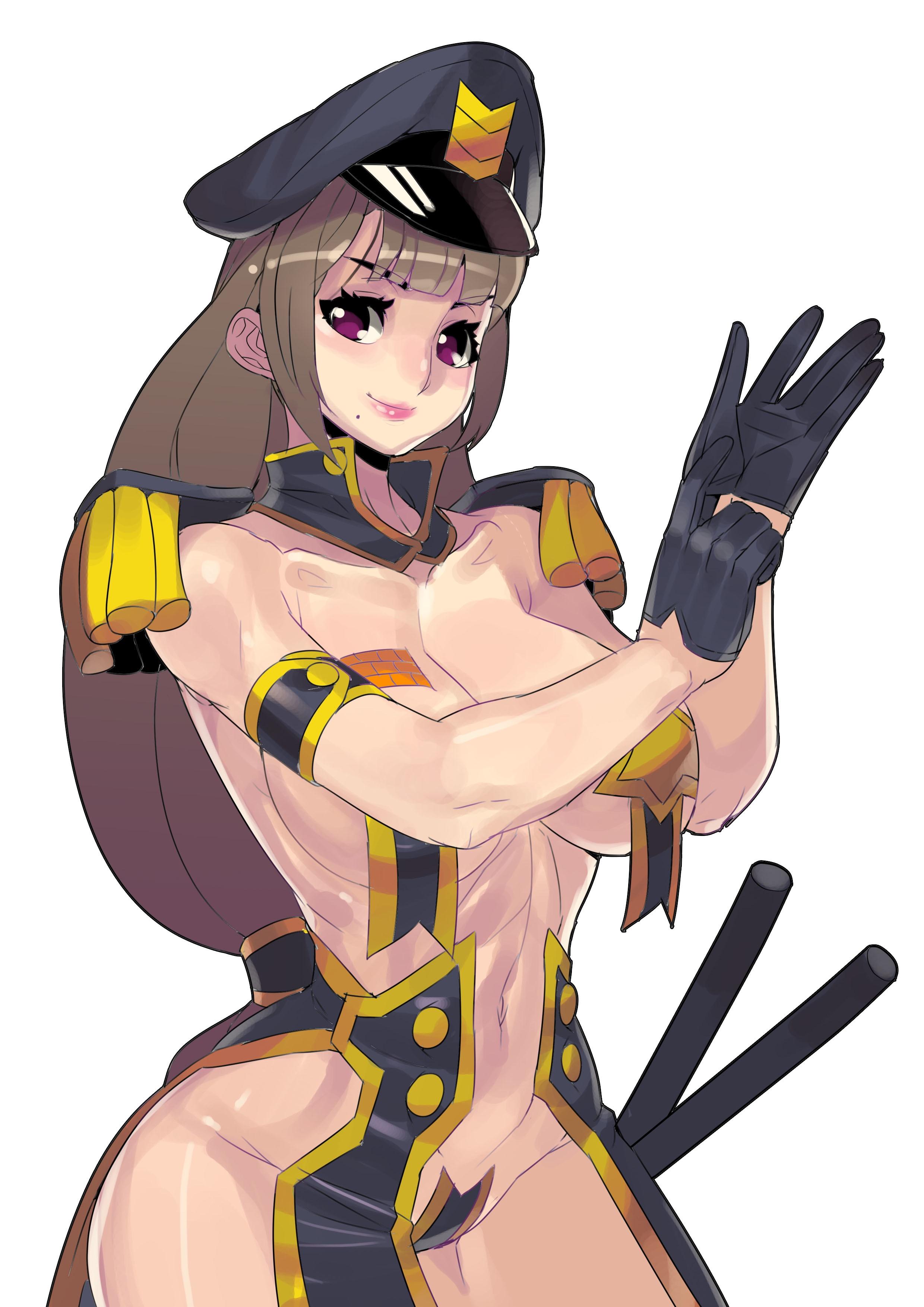 "I represent the pride of The American Navy."


Appearance:
Mary wears very little in her costume, unashamed of her toned physique and ample bosom. Her various metals and pins perfectly compliment her regal and calm demeanor, boasting to the world of her various accomplishments and accilades. She has a confident and reassured outlook, holding herself high above many opponents in stature. Her makeup and hair are both well-maintained and neat at all times.

Personality:
Mary is proud and proper, her regal appearance and demeanor being just one of the ways that she reflects stellarly upon the American Navy she represents and admires. She prefers to fight straightforwardly and honestly but is not unwilling to resort to desperate, cruel or merciless actions if things are not looking good for her. Nothing will bring dishonor upon the American Navy if she can help it.

Strategy: Mary aims to slam, throw and smash her opponent down over and over, and keep them winded, tiring them out and reducing their endurance quickly and without relief. Then, at this moment of weakness, she aims to win by pinfall.

"I prefer powerhouse attacks including slams, suplexes, throws and more. Anything that will positively knock the wind out of my opponent."

"If I'm challenged to some strange type of match, I'll do it. Showing the dominance of the American Navy in all arenas is what I do."

"If I don't lose, I won't be the one being humiliated, anyway. So I just won't lose."

History: Once an admiral in the American Navy, Mary was eventually selected for an extra-special program which would outsource her and others like her to various sporting events. And Mary happened to be assigned the strangest but possibly most important one. She was assigned to L.A.W. A few years of training later and she's dedicated herself totally to the art of wrestling and the domination of her peers.

Signature Moves
The Brig: A muscle buster combined with head scissors, the move not only limits the airway of the opponent but allows Mary to humiliate her opponent however she desires with her free hand. A demonstration follows.


The Bow: A powerful lariat aimed at the lower torso of the opponent, executed from a slide on one's knees, the focus on the lower torso insures maximum impact to one's lung capacity.

Finishing Moves
All Hands On Deck: An Argentine Backbreaker performed from the standing position, loosed after a moment, and followed up with a knee to the falling opponent's head.

Torpedo: A powerful spear performed on the opponent's center, it is meant to take them off of their feet and slam them down on the ring, hard.

Abandon Ship: A slingshot suplex, utilizing the ropes to slam the opponent down on the mat. Simple and straightforward.