Strategy: Rojo is a very aggressive person, quick to anger and stubborn as a bull. if you piss him off he will see red and go on a rampage until priest decides to calm him down, and whatever mood priest is in then their opponents are screwed. Known dirty fighter and has done dirty moves in front of the ref, but due to his violent nature even refs are afraid to to bring his wrath on them. Will use brute force to ragdoll and beat his opponents senseless, but is prone to quick fighters who can dodge and move around the ring... Don't let him catch you and if you see his hand move into his pant pocket run..
Style:A decent speed, highly aggressive striker, has decent technique but his bread and butter are matches that allow him to use weapons or hurt and injury opponents before knocking them out or forcing a submission out of them. The harder you hit him the harder he hits back.
Type: A dirty heel who not afraid to beat you before or after the match.

Preferred Matches: Any but hardcore and no DQ's are his favorite

Brass Knuckle Shot- will place a pair of brass knuckles inside his pant pocket, on his fist when the ref is not looking throw a right straight punch to knock out a opponent.

Bull Hammer-Elbow to the fucking face 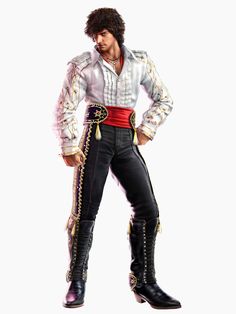 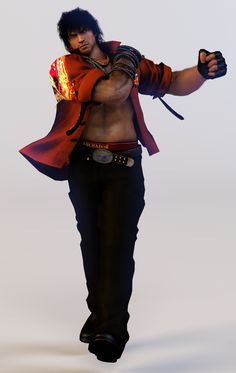 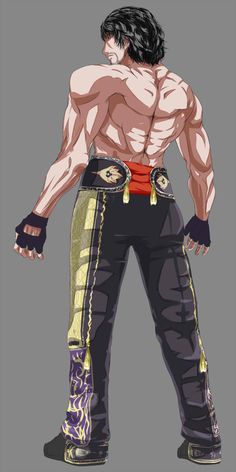 Personality: Ill Tempered, stubborn, and can snap on a drop of a dime. Always looking to start a good fight or brawl with his hard punches most of the people he fights or even spar with don't leave the ring at all. Will slug it out with strong fighters to prove to see who stronger, Has been known to trick or fall for speed fighters but is working his way around that by having priest in his corner to slow them down so he can catch them. Is somewhat decent to be around when not drunk or drinking but does have some positive no matter how few they are.

Past/History: Born to a famous Luchador father and a bullfighting Mother in Madrid, Spain due to his father falling in love while he was on wrestling world tour. After being born was soon fatherless due to his father going to Japan to wrestle at a new big company that was starting. being raised by his mother who taught her son to fight like a Matador control your opponent before ending them with a kill shot. Sadly Rojo took this to heart and unleashed a violent spree in his community and school before he and his mother was forced to leave Madrid due to Rojo striking the Mayor son.

After seeing his father get humiliated in the ring by a female wrestle, he decided to try his hand in the ring and went to a training school to learn. it was there he met the group he would be loyal to till this very day and changed his life for the better in his eyes but worse in his opponents and mother, with this group he purposely injured three wrestlers during their first match because one of the female wrestlers asked if he could give her a autograph from his father. Rojo beat them so badly all three was rushed to the hospital and the one who asked for the autograph never wrestled again. His goals now are to reach heights his father never reached in his career and make it to the Company where his father was humiliated at.

Fun Facts: Rojo enjoys playing the Guitar  to the ring along with his theme music
Hates Older wrestlers who cling to their former glory as has beens.
Gets a long really well with rika and rango, hates priest with a passion but knows that he needed to get to the top.
Respects the wrestler who ended his father wrestling career.
Never beaten Takeo