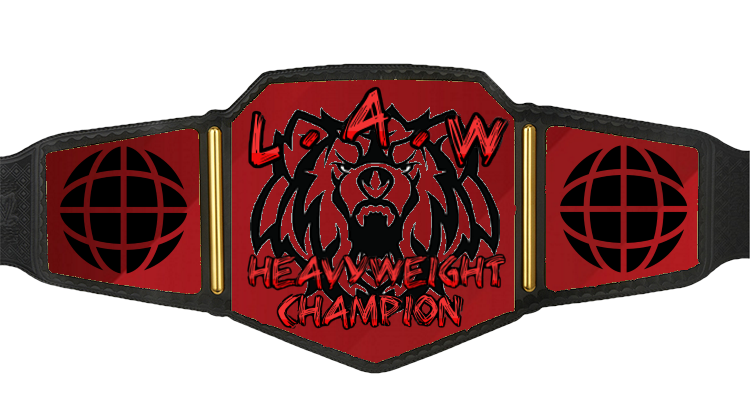 This could be it. The LAW heavyweight title was being put on the line with her being the highest on the ladder to go for it. Grace didnt think she would see such an opportunity so soon but she couldnt pass it up. Linda had endured a lot to win the belt and Grace had likewise done a lot to prove she could hang with such a champion, now was the real test of that. The biggest match she would ever be apart of.

Stepping out of the entrance ramp as her music started to play the strong women came out looking as confident as ever. She knew that many had remembered her for being on the losing end of the big match with Samus, but she wasnt here to be the footnote of Linda's title reign as well it was time she made her own mark on LAW. Once she entered the ring she brought ehr hands together and on her chest almost as if praying that fortune favored her letting the wait for the Champ to arrive begin.
Dragon's Super secret Roster
Top

Linda Halloween still could not believe she was the first ever champion to hold the Heavyweight Championship , but that did not mean it was not true.AS she had manage to defend her title when she got challenged by that redneck Dixie , and she would do it again tonight.She just hoped that her opponent tonight was friendlier then her last one as she was dressed in her usual attire which consisted of a pair of long boots in the colors of the flag of the USA , Biker shorts and her tanktop like her boots were styled in the colors of the USA flag as on her right breasts their would be stars while on the left it was just the colors of the flag.

With no time to lose she made it to the gorilla position , and would soon hear her entrance music starting to play as she walked down to the ring.As she was walking down she would wave at the fans while carrying the belt over her shoulder as she heard the voice of the ring announcer said ''Now entering from Flat Rock, Michigan weighing in at around 170ibs ,It Law's heavyweight champion Linda Halloween'' just as she was about to climb the steps as she stepped inside the ring. Looking towards Grace she would first hand over the belt to the referee , and then extend her hand to her opponent as she whispered ''hope you don't mind me beating you as I'm not done carrying that belt around with me just yet''.

Grace watched with the two of them finally in the ring as the champion was celebrating with the title in her hand. Grace knew this was going to be a tough fight but Grace didnt let herself get intimidated, she was here to win and take home a title. It would suck to end the inaugural champions first run with the belt, but Grace wasnt about to lose to let ehr have more fun with it. A champion is a champion and that meant you had to fight.

"Well your about to find out how badly you want to stay champion. And if you have the will to do it." Grace said taking her time to pace herself and wait for the bell to ring. Starting to face one tough opponent.
Dragon's Super secret Roster
Top

Linda would just smile at her opponent as she heard what she had to say.As she figured she was going to enjoy this match as she would move around the ring as she looked at the other wrestler.After a second or two she would reply ''well you have to take it from my unconscious hands if you want this , and I am not going to break any rules unless you do it first''.

As she would attempt to lock up with the other wrestler in the center of the ring to see how strong Grace really was .
Anime-hentaifighter present the female wrestling talent

"Well that is the point of a fight. Let alone a title match, I'm taking the belt, your not giving it to me." Grace said to Linda, confident in her chance of winning this match and winning the Heavyweight title. She wasn't able to show off her skill in the main tourney, having ended up overextending the time limit of her qualifier time limit. But now if she could beat Linda she could vindicate things a little and prove just how good she was.

Once the two were in the center Grace locked up with Linda and started putting her impressive strength to use. Trying to force Linda back or down on her knees, normally she would play with the matter a little but the sooner she started to take control of this match the better.
Dragon's Super secret Roster
Top

Linda had to admit that the other wrestler had an point as they would lock up as they began trying to push the other backwards or down on her knees.However at the moment they appeared to be tied as neither was able to force the other backwards as the blond would say ''seems your pretty strong Grace.Still you're not strong enough ''as she would attempt to step forward so she could push forward with a bit more strength as she hoped this would be enough to force the other wrestler to take a step backwards.
Anime-hentaifighter present the female wrestling talent

Grace and Linda kept putting on the pleasure, this is a situation Grace had been in countless times and was proud to say her raw power had helped her throughout most of them. Linda was no slouch either and tried to crank up the pressure as she started to push Grace down, Grace grunted and started to push back with more force then before first straightening herself up while trying to start to show Linda the down perspective in this contest.

"Not strong enough eh? We'll see about that soon.." Grace said back as she started to work to turn things around and force her will on Linda. Her grip remained firm on her arms to show that she had no intention of backing down from this fight.
Dragon's Super secret Roster
Top

Linda had attempted to take a step forward in her attempts to push Grace back , and it seem to be working as with each step she was pushed backwards which brought a smirk to her face.However that would chance once Grace replied that they would see about that soon in regards to her statement that she was not strong enough.

As the other wrestler would keep her word as soon enough Linda was being pushed back as she struggled to force her will onto her opponent or to keep control as she took a step back.
Anime-hentaifighter present the female wrestling talent

The tides were turning in the struggle for power, Grace was slowly pushing things back and showing her won strength while doing it and she knew that the sooner she had knocked her back the sooner she could really get this match started. But winning this test of strength would be a pretty nice symbolic victory in its own right. Pushing against Linda once more as she kept trying to force her back.

Grace had now words yet, not looking to put her foot in her mouth when she could focus on the match at hand, throwing her entire body into pushing Linda down and keeping a razor sharp focus on her the entire time. This women was a champ for a reason. Grace couldnt drop her guard around her and expect to win.
Dragon's Super secret Roster
Top
Post Reply
79 posts