The Comeuppance of Karen Starring

The Comeuppance of Karen Starring

Non-match thread spearheaded by user Devilish53. He will provide context for the thread below. 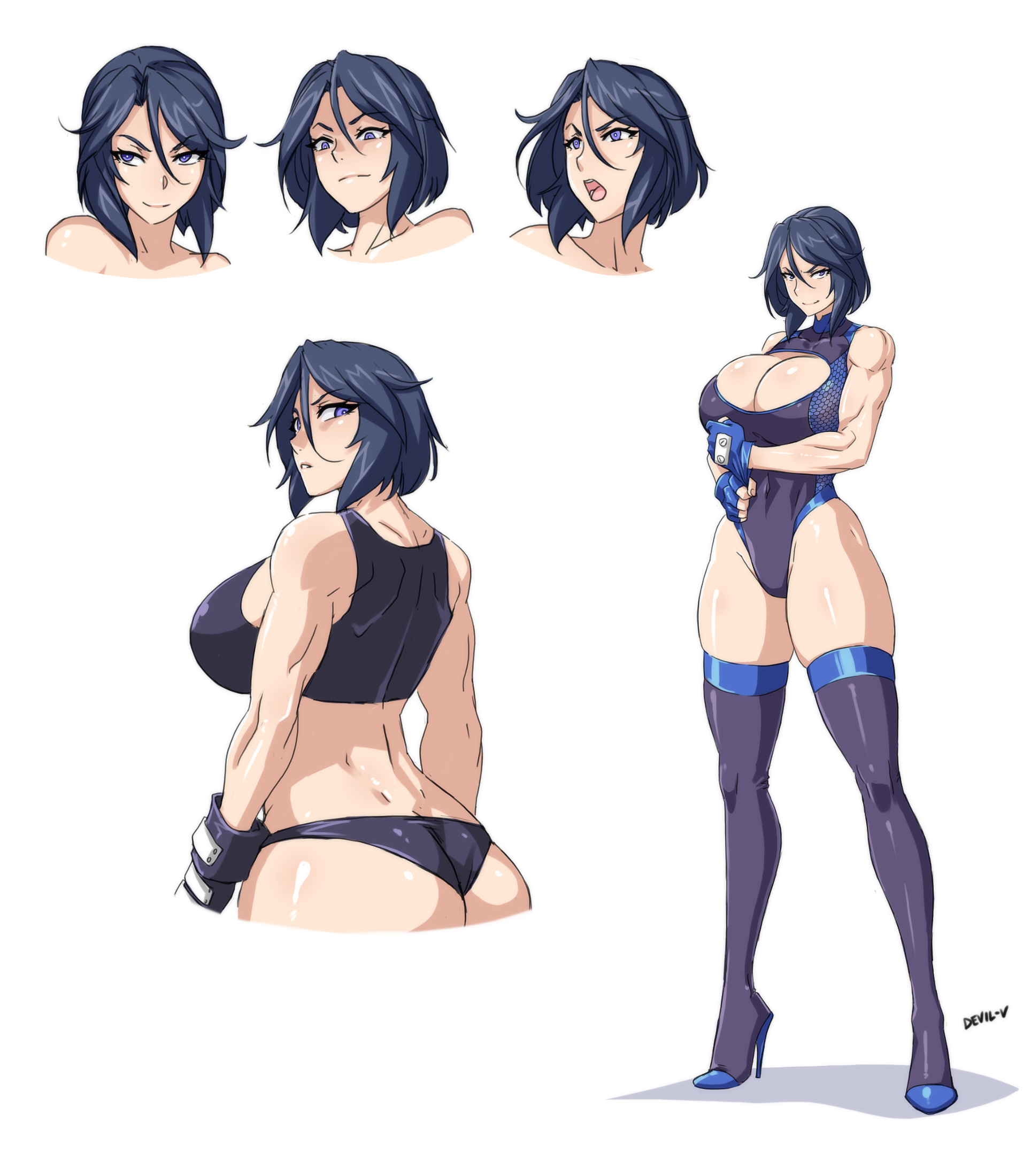 Having earned a place so late in the card for a mere promo may have been something of a monstrous achievement to many, but to Karen Starring, she deemed it but natural. Having become something of a scourge of the locker room, the amazon now before the masses had indeed rarely performed before them in actual match encounters. Given her track record, you couldn't be blamed for assuming Karen was here to stir trouble and make enemies over actually wrestling. Especially when comparing her in-ring appearances to the other heavy-hitters of the LAW roster.
Having equipped a microphone to hand, Karen didn't appear to have any sense of jitters nor nerves about her as she stood centre of the ring. The reaction from the crowd a negative one to say the least when Karen first appeared before them this night, they had now been reduced to almost tempered boos, given the vast majority despite their disapproval of the woman were eager to hear her purpose here tonight. Karen had a fair bit of explaining to do, they felt, given it was a rare thing indeed to see her actually before them. For those in actual search of Karen Starring action, over the past months you'd find more success in YouTubing the woman's many brawls backstage.

"Now, I understand your boos..." Karen grinned, seemingly slipping into her trollish persona near instantly. "I'd be mad too if you came to see LAW's top heavyweights brawl it out over some fuckin' belt, and Karen Starring didn't even bother entering. It's like turning up to a concert and the headliners pissing off before the main set, right?"

Struggling it seemed to find where she could latch her focus to, the unlucky camera-man in-ring with the hulking amazon would soon find Karen's death gaze upon her, given the amazon appeared to find it easier to talk to the camera rather than thousands of shifting, rocking faces.

"So here I am...I'm out here, to apologise...on behalf of all of LAW, and everyone in the back, I am truly sorry...that the heavyweight tournament not only missed the ace of LAW...but by god it absolute sucked!"

The boos reigning in, it was easy for someone to make complaints of an event they weren't even apart of. It wasn't even hard to make arguments that in truth, Karen didn't even qualify nor deserve a place in the tournament itself, given her track record.

"Alaina Sanders? Kerstin Locke? Linda Halloween? Why not just strap 'shit-show' on the tournament from the outset, so all of you knew what to expect from the beginning?!"

Head in her hand, Karen opted to add a literal face palm of sorts before continuing her tirade.

"So why, I hear you ask? Why didn't I just enter, and stomp through the whole thing? I made a dogs dinner of the last tournament I entered...just ask what's her face, Seong? That Irish chick with the smug-fuck face? Oh, and you can definitely ask the original fat cat herself, Katherine Hart!"

"But let me answer your question, with another question...why the fuck should I?" Hand flat and wide, Karen seemed to ponder that question and throw it upon the audience somewhat literally, which of course only earned roars of negativity given the woman's arrogance.

"I'm honestly insulted you all didn't just crowd me champ straight up-no really, I am! Y'all know there's no-one in LAW who can take me toe-to-toe, hell the only thing I've stumbled on was that literal cow Dixie Clemets kicking me low!"

Taking the briefest of moments to wipe her mouth, the masses were genuinely becoming agitated that such a spot on the ppv card had been devoted to such a selfish, big headed rant. This was a speech that could have been delivered any day of the week, not on LAW's headline event.

"So that, ladies and gentlemen, is why I'm out here tonight. Not to apologise, nothing like that. I'm here...to hear YOUR apology!" Free hand raised, Karen would do a small spin about herself as she seemingly tried to point to every face she could amongst the crowd, to really dig home that point.

"Not one of you stepped up, made a petition, stopped watching LAW as protest, or any shit like that. Not one of you, and I still ain't been made champion! The sheer audacity...I can barely stand before all you savages and not want to tear my hair out..."

The boos somewhat deafening, Karen's grin was now one spread from ear to ear.

On cue the music of Alaina Sanders-Haines hit the speakers and the Amazon herself came out to a loud burst of cheers from thw crowd! She strut down confidently to the ring in her wrestling gear glaring st Karen the whole walk down, mic in hand.

"Karen Karen Karen..... I don't even know where to begin." Alaina said calmly with a smile on her face as she stood on the ramp looking straight up to her foe. "You weren't invited to a legitimate title tournament because you aren't a legitimate wrestler. Aside from brawling in the back with unsuspecting targets you really aren't good at anything in between those ropes. Unless ya get a sneaky cheap shot in you are pretty much garbage." Alaina scolded, her look souring with each word she spoke before slightly shifting her stance.

Karen's face dropped a mile almost as Alaina's music hit the titantron. Save for Kat Hart, no-one bar Alaina could even compete for the title of whom pissed off Karen more. Fully expecting this moment in the PPV to be hers, and hers alone, Karen had absolutely no time for her hated rival. So much so that even before she had begun to speak, Karen had latched onto the ropes nearest the ramp, having tossed the microphone to her side.

"You can't fucking butt out can you? Even after last time I made a fool of you!" She'd roar, quite hypocritically given she herself had challenged Alaina to a small contest she'd then go onto lose, with even the brawl afterwards favouring the older amazon.

"That fucking does it..." She'd snarl, not at all needing to hear the words of Alaina directly to go over the edge, as she suddenly dropped to her back. Rolling her figure under the ropes, Karen paced like a woman possessed; the boos of disdain for this woman turning to cheers, given that mundane, arrogant promo had now most certainly turned into a fight!

The darker haired amazon eager to take the edge, as she left the floor somewhat with her right leg up and forward; boot poised for Alaina's washboard abs!
DEVILISH'S DEVILS
Top

Alaina saw Karen coming and she was ready for her! Alaina braced herself and when Karen's foot rose she side stepped out of the way just missing the painful kick to her abdomen! "Nice try you slow flabby slug!" Alaina shouted as she stepped in at Karen, sending a hard right uppercut right to the underside of Karen's jaw! Alaina was going for a hard knockout blow early and while Karen likely wasn't going to be knocked out she sure would be knocked for a loop as Alaina aimed to daze the big woman!
LAW Solo Roster
"Amazon" Alaina Sanders-Haines - Heavyweight
"Thunder Ryuko" Ryuko Yoshida-Middleweight
"Tigress" Tina Armstrong - Middleweight
Helena Dubois - Middleweight
Raquel Masters - Lightweight
Peggy McIntyre - Middleweight
Lauren Fredericks - Heavyweight
Hikaru Sawazaki - Middleweight

Karen's face painted quite the picture as she realised her leg passed by, almost in slow motion her mug went from the definition of cocky to outright insulted that Alaina dare dodge. Naturally the premier amazon didn't seem to care for Karen's sense of mind, nor the state of her figure, as a harsh uppercut swung its way into Karen's good looks!

"GHH...You.." Nearly falling flat to her ass, both hands cupping her aching chin, Karen shot back again without thinking. Her right fist raised quickly up and wide, as she tried to reign her knuckle into Alaina's own precious features!
DEVILISH'S DEVILS
Top

Alaina managed to hit Karen but it only seemed to make her angry! Alaina felt the retaliatory strike land and her head whipped to the side as she hobbled back a few steps groaning loudly in pain!

Karen was like a woman possessed; her fury perhaps at its peak, not only because it was Alaina, a woman who could infuriate her like no-one else could, but because this was to be her moment. And now, it would forever be etched down in LAW as the moment she were made a fool of, by the worst possible person!

Her fury was not without some sense of control however, as she didn't blindly run into that next strike of Alaina's. Instead, she'd duck low, nearly headbutting the older woman's shoulder as she threw herself forward to lock in that clinch. But not to simply hold on though; instead she sought to steady her foe, so she could begin ramming her fist in as many times as possible, right into Alaina's sharp abs!
DEVILISH'S DEVILS
Top

Alaina swung and missed leaving herself wide open as Karen began to hammer her abdomen with a barrage of punches! Alaina groaned in pain, doubling over as the fiest few hotnjome leaving her stumbling backward. As the assault continued Alaina would try to change gears.

The Amazon tried to reach out to grab an incoming punch, fighting through the pain as she attempted to twist herself over to toss Karen to the.mat while keeping hold of that arm. Alaina wanted to try to lock in an armbar on Karen and wrench on the arm as hard as she could!
LAW Solo Roster
"Amazon" Alaina Sanders-Haines - Heavyweight
"Thunder Ryuko" Ryuko Yoshida-Middleweight
"Tigress" Tina Armstrong - Middleweight
Helena Dubois - Middleweight
Raquel Masters - Lightweight
Peggy McIntyre - Middleweight
Lauren Fredericks - Heavyweight
Hikaru Sawazaki - Middleweight

With neither woman fighting fair not letting anything be up to chance, Karen found her arm clinched tightly, yanked away from her with Alaina's curvy rear laying in the way of the rest of her body simply following suite!

Eyes near watering at that attempt to detach her arm and likely bend it something wicked, Karen used her free arm to hook around Alaina's legs and avoid an overtly sudden hip toss. Staying to her back, she'd be stuck for what to do as she was somewhat effectively forced to spoon Alaina, given letting go of the older woman would have let her foe yank her down as intended!

"Dirty..tricks..galore.." She'd mutter, close to Alaina's ear, as she simply tried nudging her head into the back of Alaina's own to make her grunt and loosen that arm!
DEVILISH'S DEVILS
Top
Post Reply
70 posts