Catch-all forum for everywhere outside of LAW. State the location in the first post. You can have your beach/bed/apartment matches and more, here.
Post Reply
First unread post • 17 posts 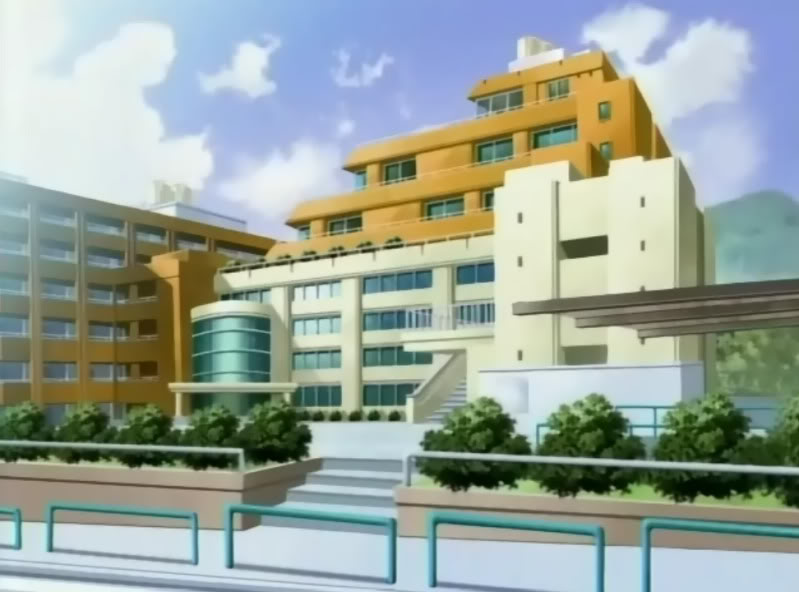 A false persona in the ring, matching whatever needs be in an effort to bend the crowd and her foe both to her will.

And somehow, gaining entry into the homes of those who had peaked her interest. Without them being there.

Whats more, Daisuke Takeuchi was a figure she had been playing mind-games with before. For a while in fact. Having once upon a time invited the Wrestling Prince to her own home, the redhead of course now found it necessary for herself to return the favour. Her rear having already found the prime seating within Daisuke's humble abode, her eyes now rested upon the door, smug grin and calm posture to hand. Only, Daisuke was neither home, nor had any idea the redhead would be coming. His fault, she figured. He had offered her a question that needed asking, after all.
DEVILISH'S DEVILS
Top

Just last week, Daisuke had met up with his old rival from another promotion, Eileen Sommers. The two ended up agreeing to a wrestling match at first but half-way the two stopped the action and settled for a challenge instead. Daisuke would soon learn to regret the submission challenge as he ended up losing it, further Eileen continued to punish and disrespect the prince as he almost begged for a proper match, an I quit match at that. Daisuke now found himself at a bit of a predicament, having lost to Eileen at the challenge and then having been taken out by her- he needed revenge. He took up temporary residence just to be nearby the LAW promotion.

After gone out for some day to day chores, he made his way back to his apartment. Unlocking the door, he would flick open the lights only to his surprise....he would find that his nemesis had taken upon herself to sit at his own couch, facing the front door. Daisuke glared at her with his teeth gritted, almost ready to attack her, how dare she invade his privacy with her filth. "YOU! How....How did you get here? How dare you, you filthy woman" he said as he approached her.
Top

After waiting for what felt to be a lifetime, Eileen Sommers could barely contain her beating heart nor greatly smiling mug, as that door began to flick open. She had done this trick before, many a time in fact, to those she deemed necessary of it. But screwing over the mind of the Wrestling Prince, by haplessly making herself at home when he was not even present, was something she was waiting for a long time.

"At last...Be a dear..." She'd smirk, raising a empty cup to her side, which she had procured from helping herself through Daisuke's cupboards.

Daisuke came back after a long days of chores and work-out in the gym, however the last thing he expected to see that too in his own apartment was the figure of one, Eileen Sommers. His eyes widened, almost in disbelief. He shook his head to make sure he was not seeing thing but the realization of her in his own home then started to make his blood boil. Her smirk only fueled that anger as he closed the door behind him and approached her. He would slap the cup off of her hand as it fell to the floor.

"I am not your servant. How dare you and more importantly, WHAT are you doing here in my apartment" he glared at her, daring her to rise from her seated position.
Top

Eileen, forever a player of her beloved mindgames, resisted the urge to simply rise and smack Daisuke as he had smacked the cup. Instead, she acted as if nothing had occurred in the slightest; simply bringing back her hand to her cheek, to rest her chin upon both as her fingers interlocked beneath them. A smile as ever, fully equipped, as the redhead showed absolutely zero intent of even answering how she got into Daisukes home!

The wrestling prince was fuming, she had been playing mind games with him and it was clearly working. This whole fiasco of her entering his house, sitting in his couch and ordering him around was surely something that had to do with their gym challenge, which he lost. Daisuke was in no mood for Eileen's game, he slapped the cup away from her hand and for a moment it seemed as if the two would start a brawl but instead Eileen kept her cool and smiled back at him, once again ordering him for a glass of red wine.

"I will get you nothing of the sort. Speak woman, why are you here? I'm asking one last time...."he said glaring at her as he stood in front of her while she sat on the couch.
Top

With the Wrestling Prince now directly before her, Eileen, had she been anyone else, might of been a tad intimidated. Of course, being the elegant, overconfident snob she was, she simply smiled, before arching her head up just slightly to answer back. The answer being somewhat obvious.

"You can't expect a parched guest to speak. A glass of red. Now..."

Her last word spoken with a sharp tone, Eileen evidently had no intention of speaking to Daisuke lessen the man cater to her whims. If he didn't, well.

Round two would have something of a more homely touch.
DEVILISH'S DEVILS
Top

The wrestling prince demanded answers from Eileen, who had invaded his personal apartment. She had taken this too far, Daisuke was going to make her pay or at least make her explain herself for this stunt. He slapped the cup from her hand only for her to request a glass of red wine instead, Daisuke was in no mood for her mind games and again ordered her to get up and explain herself but once more she kept her calm and responded to him in a calm and composed manner, simply not disclosing her actions until her request was fulfilled.

Daisuke was boiling over to this point, but he knew better than to start a fight in a more domestic setting, he didn't want trouble with the neighbors or worse the police, plus there was also the thought of her knocking him out- possible, in his own home. He took a breath, trying to calm himself before saying, almost against his own will, "Fine..." he cursed under his own breath.

Daisuke would grab the cup and place it on the kitchen counter before fetching a opaque glass and pouring some red wine in it before serving the glass to Eileen, "Now then, explain yourself" he said with his arms crossed.
Top

Taking that glass in her right, a huge smile to her mug, Eileen would take her time swivelling the liquid inside, almost as if it wasn't up to par. In truth, the quality of the wine didn't matter in the slightest...for the redhead immediately put the glass down to the table besides her, revealing her intention to ignore it!

"Oh...you know..." She'd tut, waving her finger as she leaned forward, almost as if Daisuke should know.

"I've come to give you my answer. To your challenge. Consider yourself lucky of course, that I even bothered..."
DEVILISH'S DEVILS
Top

Daisuke was most annoyed at all this, he had to give in to her demands to have her answer him. Still, now that he had complied with his guests requests, surely she would finally reveal her true intentions. Daisuke had a guess on why she was here and when she smiled and took time to play around with her glass before putting it down and leaned forward, waving her finger at the prince as she finally began to disclose her true intentions.

"Hmph...so you finally are woman enough to accept my challenge for the I quit match? Eileen....you are a despicable woman, I laothe you. You give me the signal now.....and I will make you say I QUIT right here.....right now" he said glaring right down at her.
Top
Post Reply
17 posts

Return to “Other Areas”