When Camilla defeated Audrey, she was going to make sure she savored every last ounce of her she possibly could. Giving her opponent directions to her home in Japan and instructions to arrive in her standard wrestling attire, Camilla would ready herself, showering to wipe the sweat and juices that now covered her body, before dressing herself in her standard wrestling attire.

Her house was a rather western looking one story home, built in the woods quite a distance away from any other houses or buildings, looking completely out of place in Japan, and perhaps not macabre enough for a self proclaimed Sexual Vampire. While she could have afforded to get herself a larger place, closer to any venues of interest, Camilla also appreciated having somewhere far away from the drudgery of peasantry, a sort of reminder of her wealthy past.

The Vamp stood in her bath, almost a room within a room, sitting on one edge as warm water cleansed her of her opponent's filth. As she washed her body off, she couldn't help but think about her body pressing against Audrey's warm, voluptuous counterpart. About their fingers rubbing against eachother's womanhoods. About their lips pressing against one another with only lust and dominance on their minds. Even this short absence away from a woman to dominate was quite the miserable curse for the Vamp, who now hungered for sexual domination. The biggest question on her mind, far beyond her lewd and vulgar plans to humiliate the loser further, was if this desire was purely for Audrey, or simply out of her usual desire to punish other women, a question she's grappled with multiple times to a rather disappointing answer in her own mind.

Audrey arrived at the place, wearing a conspicuously-large longcoat which covered her standard wrestling attire. She was instructed by Camilla to come wearing this attire, and she had no idea what this so-called Sexual Vampire had in her mind. Now that she had arrived, she took a good look at the house, which looked completely out of place in Japan. She had no idea why Camilla chose to have this kind of house, but at the moment, she wasn't in the mood to figure it out, considering that she would be spending her time here as Camilla's prisoner of war.

Sighing, Audrey would close in to the door and stand in front of it. She would notify Camilla of her presence by either pressing the doorbell or using the door knocker, whichever was available. She had a rather grim look on her face, as she was anxious of what Camilla had in store for her. She had already undergone quite a humiliation in the ring, and now, she would become her plaything here in privacy, and it wasn't something that she would look forward to. 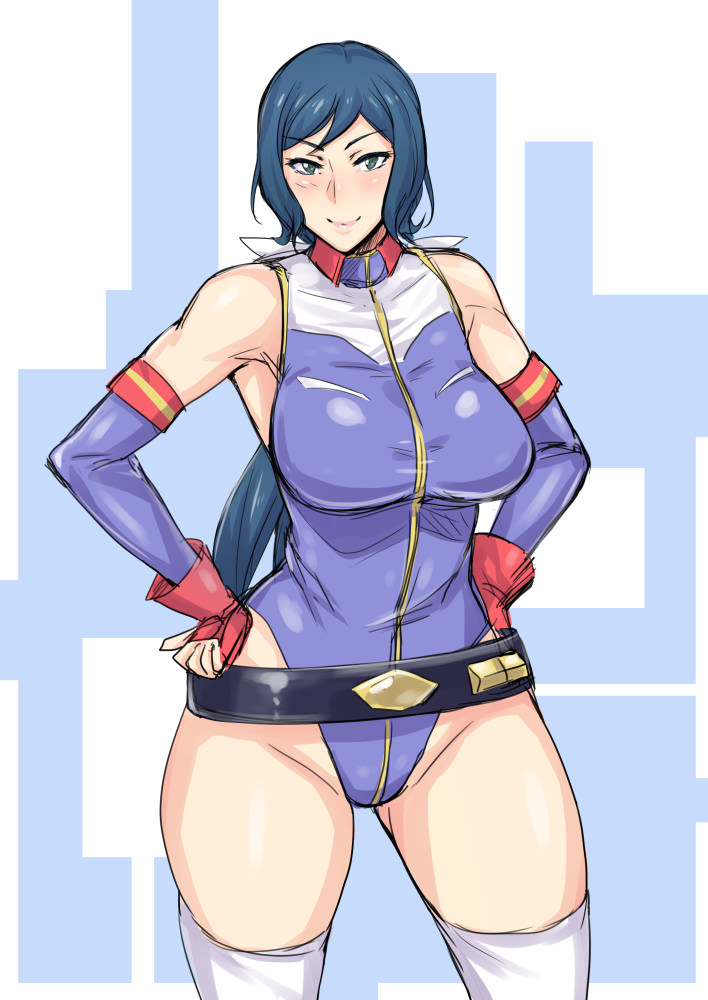 When Camilla opened the door, she was finely dressed in her own attire, giving Audrey a faux motherly smile as she allowed her to enter the house. Inside, expecting her to follow as she walked within the house. it was still rather sparsely decorated, not that it would matter in Camilla's mind, a large couch and television made up the major commodities in the living room, where Camilla first stopped to look at her new prisoner.

"I trust you've prepared yourself for a night of love..." Camilla licked her lips at the mere mentioning of that word. "with the Sexual Vampiress who now commands you?" She couldn't help but try and rub salt in the wound, her smile turning into a more wicked smirk. She put her hands on Audrey's shoulders, looking her deep in the eye, lust already starting to seep into the Vamp's thinking.
Top

When Camilla showed herself, Audrey tried her best to not look flustered. She knew that at the moment, she had no choice but to follow her every command without complaining. "Yes... let's get this over with..." Audrey let out a sigh of resignation as she would prepare herself to take off her large longcoat to reveal her wrestling outfit underneath.

As she did so, Audrey would look back into Camilla's eyes, and those eyes of hers were so mesmerizing that she couldn't help but feel herself enraptured. Perhaps it was due to her losing so completely to her in the ring, though it sure felt like being charmed by a real vampire. She had no choice but wait for what Camilla would do next.
PrinceArjuna's Roster
Top

"Such little enthusiasm, let's get you out of this opathetic longcoat hiding your beauty." Camilla said once she let Audrey in, preferring to strip her down to her wrestling clothes once inside her own house, grabbing Audrey's longcoat without any particular interest in asking for permission to undo the modest gear.

Once Audrey was down to her wrestling clothes, Camilla would merely walk forwards, taking her pet to the living room. Filled with only two couches, a table and a television, it was also quite sparse, rustic and seemingly almost never used at all. "Doesn't it feel great? To be the slave of a Vampire Goddess such as myself, who grants you mercy for your failure? You surely must at least enjoy my... talents."

As Camilla taunted, one of her hands began to rub right against the groin of Audrey's outfit, clearly intent on arousing the loser a bit, either in order to drag embarrassment or lust from her opponent.
Top

Audrey tried to not protest when Camilla took off her jacket, revealing her wrestling outfit underneath. The mature woman just blushed, knowing that she had no right to fight back at this point, and she had to follow the white-haired beauty's instructions, being her prisoner of war after losing to her. Still, it didn't mean she had to love every second of this.

Soon, she was led to the living room, which was somehow sparse. But she didn't take too long looking at her surroundings as her new mistress started working on her, taunting her while rubbing her crotch through the fabric of her leotard. "Hhnnnn..." Audrey's cheeks reddened even further, though she would try to keep herself from moaning, knowing what Camilla wanted from her.
PrinceArjuna's Roster
Top

"Come on, say something, no one will hear you." Camilla taunted, still rubbing Audrey's womanhood through her leotard, leaning her own body in until their breasts were clashing, smirking all the while as she moaned lightly. "Such a beautiful body for a woman of your age. It would be a shame if your family were to see what you were reduced to, a pitiful slave for someone who will suck you dry..." Afterwards, Camilla would lean in and kiss Audrey on the lips, trying to further assert her total dominance.

In spite of her first statement, Camilla did have several cameras pointed right at them, all concealed within her house, She didn't want either of them to forget what was about to happen here, especially not the humiliated loser. Camilla was sure that she could truly humiliate her in a way that she could never recover from.
Top

Despite her situation, Audrey still tried to maintain her defiance, but like before during their match, Camilla had proven herself to have quite a magic touch as she continued touching the older woman's womanhood through the fabric of her leotard. "Nghhh... huuuu..." Audrey tried her best to suppress her moans, but when their breasts were touching, she threw her head back, unable to keep her voice down anymore. "Huaa...!! Nghhhh... nghahhh...!!" Cheeks flushing, it was clear that her self-control was eroding away by each passing second.

She knew that her captor was only just beginning. She could only hope that she could get this done and leave it behind her. But even she knew that it wouldn't be that simple.
PrinceArjuna's Roster
Top

"Look at you, already damp and lusting for a woman's touch. How pathetic must your husband be, how desperate must your body have been for my touch..."Camilla tried to cut as deep as she could, all the while moaning lightly as she felt her own body rub against the loser's.

"I will make love to you far better than any pathetic man could hope to, I will make you beg for my love every moment that you don't receive it." Camilla said before leaning in to kiss the Hunter right on the lips once more, trying to push her back to the couch in an effort to keep her where she wanted her.
Top

Audrey wanted to protest and defy Camilla's words, but her touch was simply too much for her to handle. Unable to suppress her moans anymore, she would not fight back as Camilla went in for a kiss right on her lips, and Audrey would do nothing but reciprocate the kiss as her mind was filled with a haze of lust. At the moment, everything she could focus on was that of her captor, who would surely do more to her later on.

"Mmmhmm... mmmhm..." Audrey moaned into Camilla's mouth, unable to form coherent thoughts at this point. The white-haired beauty was free to do whatever she wanted, and the mature woman wouldn't be able to do anything to stop it.
PrinceArjuna's Roster
Top
Post Reply
12 posts