Cyrena was feeling much better after she had won her second match as she felt like she was on top of the world. Still her mood could be ruined if she would end up losing tonight , but since she was facing an newbie the Cypriot had an good feeling about her chances . As last time she faced someone who was considered one of the best , but in the end she had manage to force Masako to pass out using her breasts. Plus she was going to be competing in an hentai match , and since she was the goddess of love reborn this was going to be easy.

Dressed in the same bikini she wore as last time she knew that the eyes of everyone backstage were on her , and once she would walk onto that ramp so would the eyes of everyone else. Still she would have to wait , but finally came the moment when Aphrodite by Kylie Minogue started to play the brunette would walk onto the entrance ramp as the crowd cheered loudly at seeing the second wrestler walk towards the ring. Especially when the ring announcer would say ''entering first from Agros, Cyprus.Weighing in at around 145ibs, it's Cyrena Eros aka the self proclaimed Aphrodite reborn'' as one of the commentators however got on her nerves as they reminded the fans of what had happened in her debut match.

Still tonight she was going to show everyone just how good she was as their was no way she was losing to a rookie. So with an confident smirk on her way she would lean against the ropes as she waited for the arrival of her opponent. 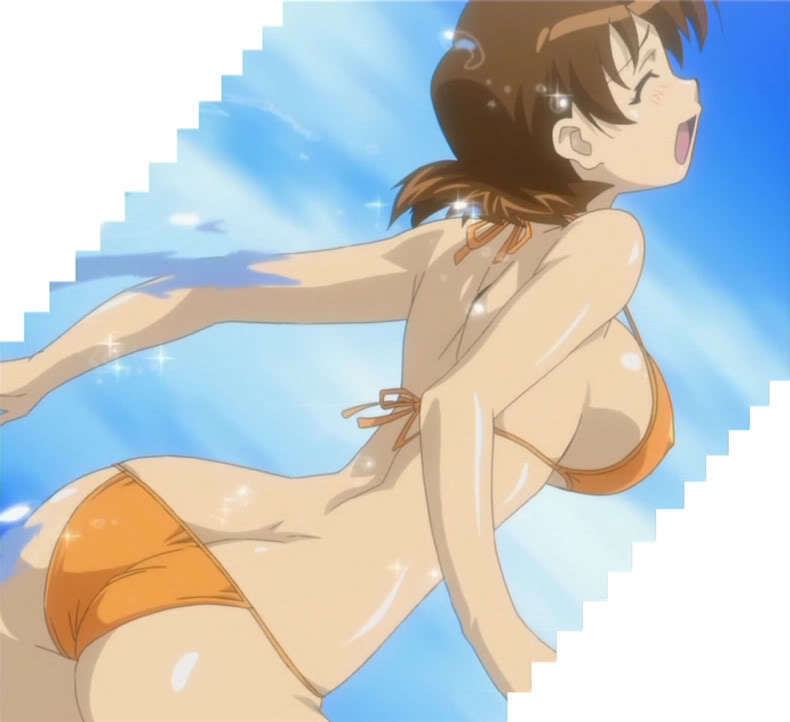 Despite having been in the ring in front of large crowds of people in her boxing days, Celeste was still shocked by the huge turnout, most likely for her competitor. She'd be lying if she said she wasn't nervous, but she's always worked better under pressure. Besides, she was sure the girl she's be facing would be hot, and that was enough for her. She began to walk down the ramp, her theme song playing as she posed sexily for the crowd the whole way there. It seemed by doing this the crowd was already interested in her, in her star patterned bikini.

She would smoothly enter the ring, still posing for an excited crowd. She would let the announcer introduce her to the audience, "And our Newcomer, hailing from the USA! Celeste Price, also known as the Celestial Crusher!" She would again pose for the crowd, before turning to her opponent, already in the ring. She looked her up and down, staring at her curvy figure before speaking "Yo, just call me Celeste, lets have a fun match."

She would smirk, determined to not lose her debut match.
Top

When she heard the name her first thought would go to the commissioner of hentai who's name also happened to be Celeste. Still while the blond was gorgeous in an way only a stuck up France woman could be. This Celeste was just hot as she would just lick her lips as she smirked at her while saying ''well that depends. Does your opinion of fun is to be driven to one of the best orgasms of your life? As that is what is going to happen once the bell rings'' as the ref would wait until both wrestlers were ready before calling for the bell.
Anime-hentaifighter present the female wrestling talent

Celeste would hear Cyrena's response and chuckle. "You mean after I beat you, fuck you, and ride your face? Must be confident in that tounge of yours." She casually waits for the bell to ring, a smug look on her face.

When the bell rung she'd head to the middle of a the ring for a test if strength, she knew it wouldn't be easy considering her opponent had both weight and height on her side, but Celeste had built a good amount if muscle in her boxing career and hoped she could keep herself from being pushed back into the ropes..
Top

''Wow you must be delusional if you think that is going to happen. As you do know your facing the reincarnation of the goddess of love right''asked the brunette as she wanted to wipe that smug look from the newbie's face. So when the bell would ring the Cypriot would run towards her opponent as she would eagerly lock up with the other wrestler for an test of strength as their breasts would collide together as they pushed forward as she whispered ''but first I am going to have to make sure you realize just how out of your league you are against me.By showing everyone my breasts are superior to yours''.
Anime-hentaifighter present the female wrestling talent

Feeling her breasts collide with Cyrena's, Celeste would let out a light moan. She loved the feeling, but her interest was peaked when Cyrena made a comment about their breasts. "Ngh~ Oh? How about a little contest then sweetie? Mine versus yours. I suggest we turn this test or strength into a test of the breast." She giggles at her wordplay, smiling. "How about this? No arms. Lets see who can push who back into the corner with her breasts alone. Just don't be sad when I pancake yours." She would flex her strength a bit after making her proposition, and wait for a response.

If Cyrena agrees, Celeste will bring her arms down and cross them as she pushes with her huge breasts, hoping to gain some ground early.
Top

Like her opponent the brunette would let out an soft moan after their breasts collided , but she was not going to back down from this. Still she was surprised when her opponent would challenge her to a titfight as the Cypriot would just smirk at hearing those words.As she would let her actions speak louder then words as she would lean backwards before slamming her breasts into Celeste's own as she would place her hands behind her back as she whisper ''you are on newbie.Still don't come crying to me when I grind your breasts with my own until their nothing left of them.
Anime-hentaifighter present the female wrestling talent

Hearing Cyrena's acceptance of the challenge, Celeste pushes with all her might, slowly and casually sliding her arms around Cerena's waist to mirror her. "Mph~ I don't know about that, mine may put up a better fight than you think." Regardless of Celestes words, she's up against a heavier and taller opponent, giving Cyrena an indisputable advantage in the tit fight. Despite her pushing Celeste is being driven back to the turnbuckle fast, letting out little moans as her opponents breasts begin to eclipse her own.

Lucky for Celeste, she has a backup plan. Before she can be driven back into the turnbuckle, the arms around Cyrena's waist tighten as Celeste goes for a belly to belly suplex to take her larger opponent down. "Well, hate to admit it, but I guess you won the titfight, it doesn't matter though. My ass is my best quality." If all works well, she'll lean her downed opponent on the turnbuckle for a stinkface as she removes her panties. If she fails, she'll be left against the turnbuckle with her breasts pancaked under Cyrena, completely at her mercy.
Top

The moment she had accepted the other wrestler's challenge , Cyrena would feel her opponent push back against her with all her might. This would cause both wrestler to go back and forth as the brunette would be forced to take a step back , and then take a step forward when she felt something around her waist. Still she would soon take control as she ended up forcing Celeste to move backwards as she heard her moan as she whisper ''what's the matter? Are your tiny breasts about to burst already''

Only for that no good cheater to grab her around the waist as before she knew it she was lifted off the ground as she would be slammed onto the canvas with an belly to belly suplex as she just lay their groaning.
Anime-hentaifighter present the female wrestling talent

Celeste grins, she'd managed to get in a pretty good move early in. Of course, she had to give the titfight, but she knew she had something better. "I have to say, you definitely have some pretty good tits, sure proved yours better than mine. But my ass is you know, my best ASSet." She chuckles a little, finding her pun funny. She sits on Cyrena's face for a stinkface, wanting to humiliate her stuck up opponent. Then, she'd begin stripping Cyrena, taking her sweet time. Of course, as a result, once Cyrena came to her senses she could likely throw Celeste off and get some payback.
Top
Post Reply
72 posts