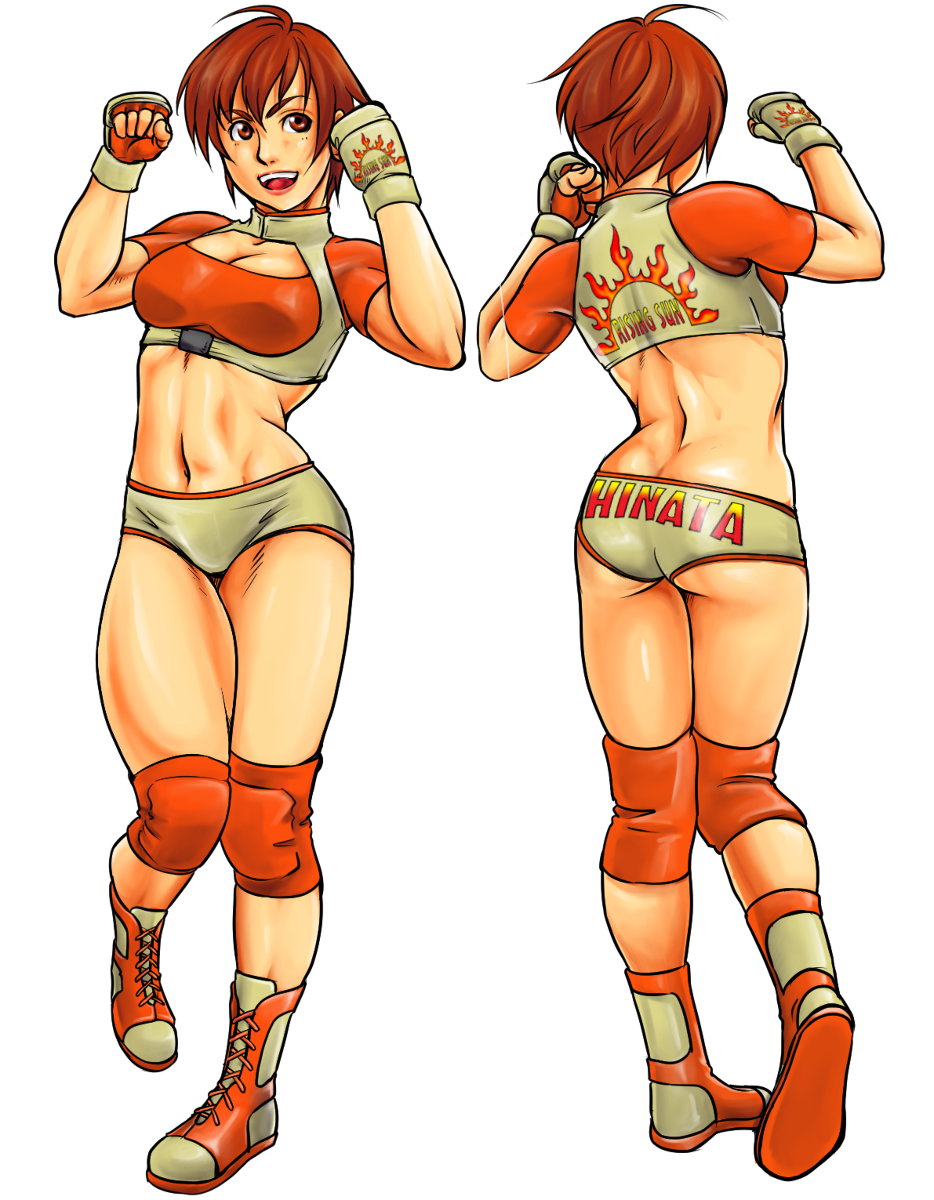 Attire/Fitness: White and orange 2 piece attire, kneepads, boots, gloves. Hinata is in great shape, with a fair bit of muscle on her 5'4'' frame and it is fairly well defined to boot. She is strong, fast, and durable with the physical tools all across the board to succeed.

Personality: Hinata is a fiery woman and very focused inside the ring. She has an MMA background and is new to wrestling so she relies primarily on fast, hard hitting strikes as well as solid submission holds. She only knows the slams, throws and diving moves she has seen and needs more experience before really rounding out her wrestling repertoire. She is an eager learner, and wants to succeed in LAW against any and all other wrestlers!


History: Living in Mexico City Hinata had a father from Mexico and mother from Japan, both were involved in martial arts settling down in her fathers home. Hinata grew up with 3 brothers and she was surrounded by boys who wanted to wrestle and fight all the time. She did not shy away instead jumping right in and mixing it up roughhousing with them. Hinata was a tomboy growing up and was big into sports picking up on MMA classes when she was 15. Hinata kept up with it, and proved to be just as proficient as her parents and siblings. She adopted the nickname The Rising Sun and fought well in Mexico on the MMA circuit, fighting all over South America.

When Hinata was 21 she fought in Brazil and caught the attention of a LAW scout. Hinata showed talent, flair and the ability to really draw in a crowd all while fighting well. She began taking in some wrestling training and after a few months of adjusting in smaller developmental wrestling promotions she was finally brought up to the big leagues in LAW! Happy to be in Japan where her mom is from Hinata is here and ready to try to continue her early career success. To help ease the transition from doing mostly MMA in South America to wrestling in Japan her mother moved with her, planning on staying and helping her train while she adjusts to not only wrestling but the culture of Japan itself.

-Hinata is very good at ping pong.
-Hinata can handle her alcohol well.
-Hinata despite her great overall fitness does love to eat various foods and if successful enough in her wrestling career a second career with a traveling food blog/TV show would be a dream for her.

Accomplishments:
-Nothing official yet.