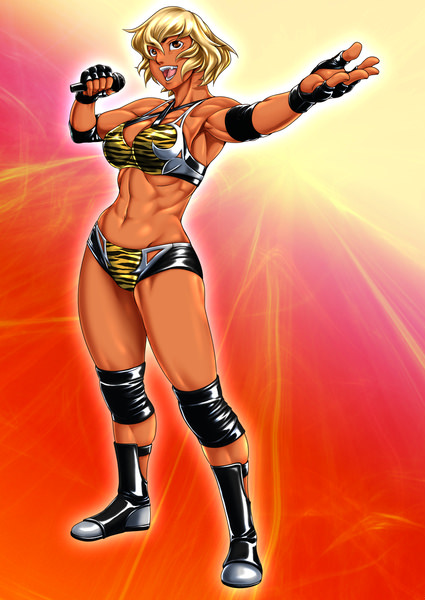 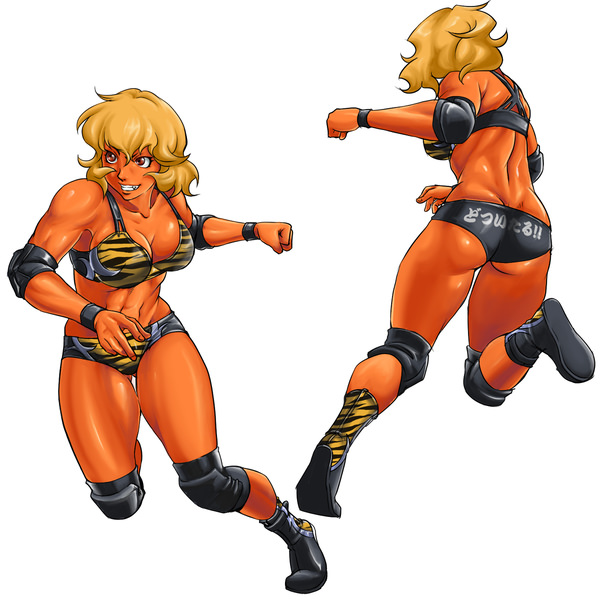 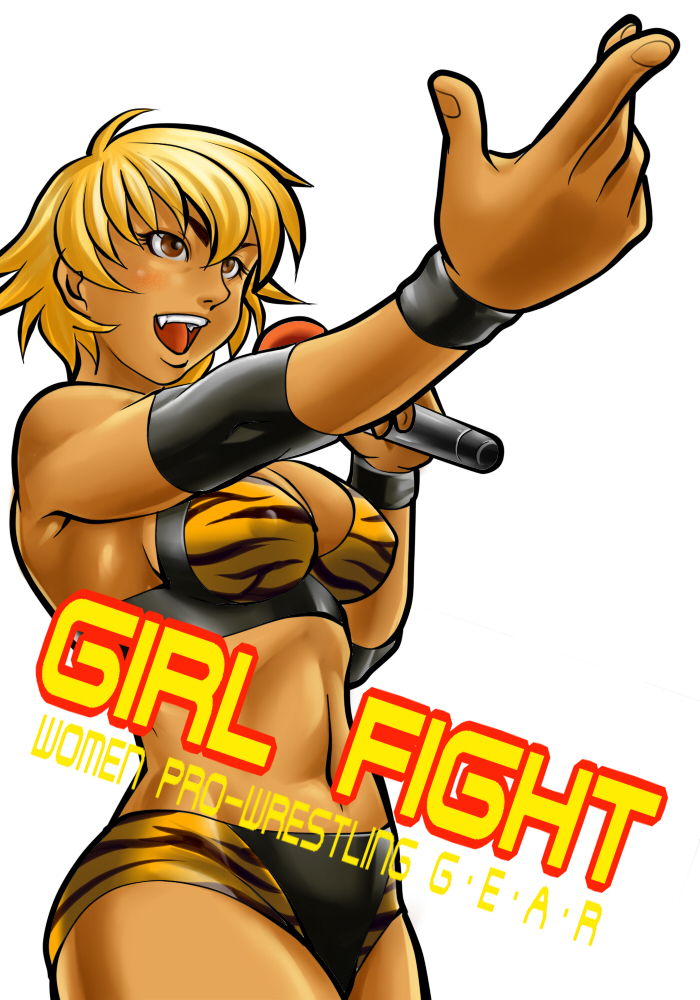 Personality: Tina is a bit of a young hot-head but very well meaning. Her mouth sometimes gets her in trouble but she rarely ever means any of her trash talk… and there is a lot of talk. She is quick to anger but also quick to forgive.

History: Tina was born in Liverpool England. She grew up in a poor home and had a very rocky relationship with her parents. Conflict was a part of her childhood and it translated to her getting in trouble in school and fighting. As she got older she mellowed out quite a bit but needed an outlet. That outlet was wrestling. Tina saw a show in the UK in 2008 where one woman overpowered others bigger than her, showed agility, and took an incredible amount of punishment in a gauntlet match. This woman, “Amazon” Alaina Sanders, pinned woman, after woman defeating four women in consecutive standard matches that night. Tina was hooked. The following year Tina saw that the US promotion did a tour wrestling some of Englands best ladies and 11 year old Tina got to do a meet and greet with Alaina. The big amazon didn’t blow her off, she kept talking to Tina. She became more of a mother figure to Tina than her own mom… this big tiger print swimsuit clad lady slamming woman connected with Tina.

It was then and there that Tina realized she wanted to wrestle. Tina worked hard at getting in better shape. She grew, becoming a ripped, hard bodied figure as she participated in a small wrestling promotion back home. Tina just liked to fight, and now that it was within the rules, with a direciton as well as a purpose. Unlike school, Tina was excelling at wrestling. Unfortunately for her things weren’t going well at home. Her parents were struggling and hurting financially. Thankfully for Tina, she saw that LAW had a wrestling tryout. A shot at the big time. Tina couldn’t pass it up, and wrestled her way through the other amateurs looking for a roster spot. An excited Tina was off to wrestle in the big leagues, wondering if she would be ready for such a chance.

As her plane landed and she made her way to the gym Tina she saw a familiar face. One that had retired back in 2011 but was trying to make a comeback. Tina walked up in her wrestling attire, showing off her lean, muscular, rock hard body as she asked if Alaina recognized her. The two talked again, training together that day and again the next….

Now, set up with Alaina as a tag team Tina is set to try to take LAW by storm in her solo career as well burning with a fire to make a name for herself and maybe step out from her much older partners shadow!

Fun Facts:
-Tina is a big fan of Alaina.
-Tina grew up poor, and is using the money she saves to help her family out back in Liverpool.
-Tina eats like a horse, and never ever seems to gain any unwanted weight or fat.

Wrestling Style: Balanced, Tina can focus on a foe’s weakness and use a style to exploit it.

Relationships:
-“Amazon” Alaina Sanders-Haines (tag partner in the Thundergirls, and a big fan of Alaina) : Tina looks up to Alaina inside and outside the ring as a role model. She hopes to be the wrestler and mother Alaina is someday.
-Charlie Haines: Charlie is the closest thing Tina ever had to an actual dad. He is funny but steady, helping keep the forceful ladies of the house grounded when he has to.
-Anna/Carl Haines: The kids amuse Tina to no end, and she enjoys it when they are around imparting their 5 year old wisdom to everyone.
-Daniel Haines: Tina and Danny are almost like siblings. They fight but playfully. The two hang out and bounce ideas off one another for wrestling and training.
-Anna Harris: Her best buddy she met in wrestling at LAW. Tina loves Annas upbeat attitude and how she approaches life in general.
-Grace Allen: Another friend of Tina's whom she tussled with in the ring.