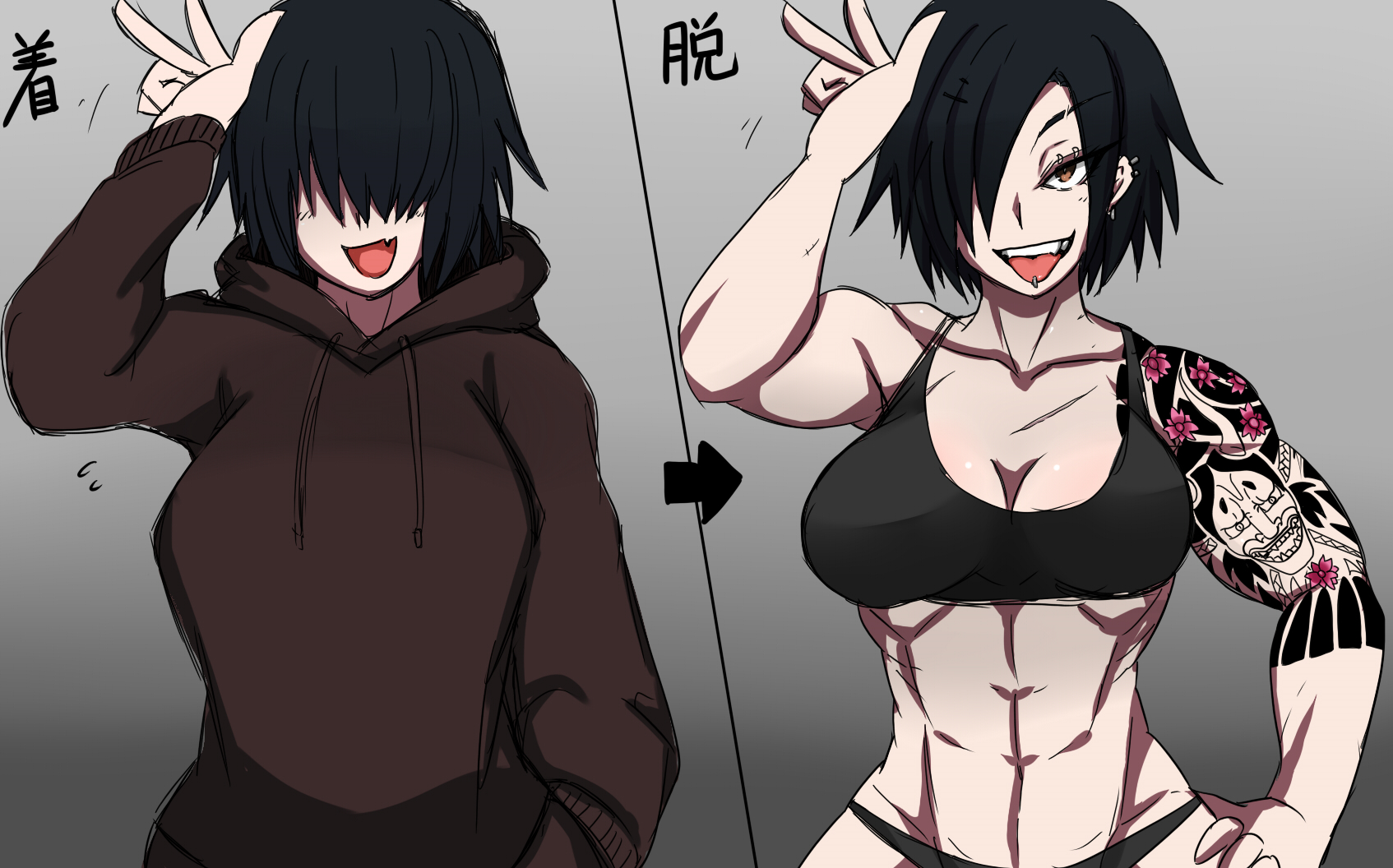 Wrestling Stats:
Strikes: 5/5 – Very strong striker,
Submissions: 5/5 – Skilled with submissions, able to turn people into pretzels
Powerhouse: 5/5 – Built her body to be extremely strong
Aerials: 2/5 – Rarely goes up only to hit a superplex or top rope moves
Counters: 4/5 –Able to counter into tons of submissions

Fighting Style: Submissions, powerhouse, striker
Tactics: She is a very strong fighter, hitting massive strikes and slams, then beating them with power submissions

Gulltione Knee (Running Knee to the back of the neck)

Nap Time (Burrowed from her mentor Carolina, she would lock them in a body scissor, before then wrapping her arms around their head and smothering them with her boobs)

Spin Cracker (She will lock in a bear hug, pinning the opponent's arms to their sides, crushing them until they bend in two. After this, she will keep going until the tap out, pass out, or she will slam the down, crushing them with her muscular frame)

Water Break(She will sit the opponent in the corner, before then sitting on their face. Rather than shaking her hips, she will push down with full force, crushing them with her weight and basically just taking a breather, if her trainer is there, motioning them over so she can get a sip of water)

Whispering Devil Lock(She will lock in a standing Arm Triangle Choke, either lifting the smaller opponent up and ragdolling them until the tap out or slamming them out their back, laying on them as she applies pressure to their neck until they pass out)

Personality: Kimya has an oddly shy personality, rarely speaking and usually only writing out what she wants to say on a notepad she carries, it is unknown as of right now if she is really mute. However, in the rings it completely different as she becomes a force, striking and destroying her opponents.

History: Kimya's father was a yakuza, and as such, she had a difficult childhood. Her father would send her to live with her uncle Lee, who took care of her. However Lee wasn't good with girls, so he pretty much raised her like she was a boy, leading to her having a love for weightlifting and later on professional fighting professions such as boxing and MMA. Lee would be her couch through those cases, where she would win many titles. However, Lee would be involved in a car crash while heading to one of her events. He lost his left ear and eye, along with damaging his left arm and leg. After this, he was unable to couch her. Kimya was heartbroken by this but still would go on to compete. She would then join LAW, meeting a new trainer, and preparing to make her debut