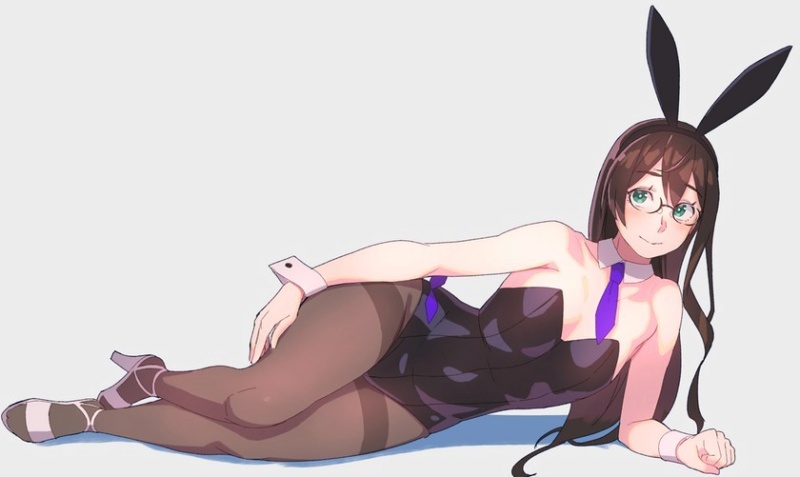 Strategy: Yvette is not an experienced wrestler. She is athletic, and has great endurance. But she does not have much technique. She is learning and training, and over time she might become quite good. As of right now her main strategy is to grapple with her opponent, maybe executing a few throws and choice strikes, before trying to get them down onto the mat for submission holds. She is still looking for her basic wrestling style, and is eager to learn from anyone, even her opponents!

None yet, still developing

Tall, lean, with a cute face and a demure and reserved attitude, Yvette is not the type to look particularly striking at first glance. When you take a closer and more detailed look though, it is obvious that Yvette is an extraordinarily beautiful girl. She has a bit of musculature and is quite fit, though she is not a hardbody. She is quite pale and tends to burn easily in the sun. She still loves beaches, and always enjoys a good game of beach volleyball.

Personality:
Kind, a little shy, and reserved, Yvette seems like the typical good girl who never gets into trouble. It hides her competitive streak, and the desire she has to get better and succeed. She is the type to never give up, even in the face of hopeless odds, to keep trying until she breaks herself from the strain. By doing so from a young age she developed a high threshold for pain and a thick skin, which allows things to not affect her. It comes off from the outside like she is always calm and in control in the face of trouble, however the truth is that she is merely indifferent. A good challenge fires her up though, and she feels most alive when she has to give her all!

Past/History:
Hailing from Strasbourg, one of the most picturesque cities in France, Yvette grew up surrounded by art. Both her parents were artists, painters, who traveled the world creating their art. When she was young, she visited Japan several times, living in cabins in Japan's mountains. It left a deep impression on her, and she decided that when she grew up she would come to Japan and be an artist.

Upon graduation from lycee, Yvette left France for an exchange program in Japan. There she stayed with a Japanese family, learning the language, culture and customs of the country with the goal of eventually moving there permanently. When her exchange program ended, Yvette decided to stay in Japan and pursue her dreams.

Unfortunately, even in Japan art does not pay well. Yvette lived the starving artist lifestyle, renting a tiny apartment in Tokyo, barely having enough money to live off of as she made her art. She was lucky in that she lived with her best friend Asaki, who was her former host family's daughter. Even though times were tough for both of them, they had each other for support.

Yvette took up a number of part-time jobs, working at times as a coffee barista, a bartender, a Hooters waitress, a model, a maid in a maid cafe, and a cosplayer. Her most recent gig was inside the LAW arena, where she worked as a server in the VIP section. That was where she got her moniker, the Part-Time Bunny Girl, as the servers there all wore playboy bunny costumes, and she only worked there part time.

It was during this job that she got a chance to sign up as a wrestler in the league. An LAW talent scout approached her after seeing her good looks and athletic body, offering her a chance to make some good money with less time commitment. Yvette was hesitant at first, however when she heard that her best friend had also signed up, she felt compelled to go too. And so Yvette and Asaki joined LAW together as their newest tag team, The Part Timers!