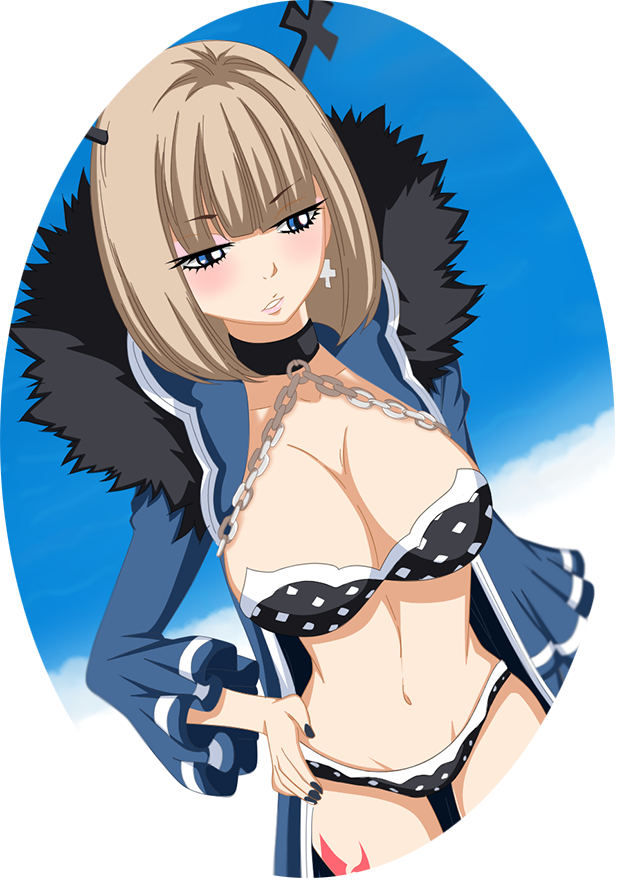 Entrance Music:
Eyes Of A Panther By Steel panther.

AFW CANON
Has no AFW equivalent.

Appearance
Marianne is incredibly stacked and possesses a thin, fit body. She has a habit of dying her hair many colours, although her natural is often good enough for her. Do not be surprised if one day she switches from green to blue however, as the beauty whom rarely covers herself in body-suffocating clothes aims to be the centre spotlight of every room she is in..

Personality
Cocky and confident, Marianne is a figure whom adores attention. She is not the sort who would go out of her way to get it however, nor is she particularly aggressive nor hostile. If another figure is stealing the spotlight however, prepare to see Marianne target such a figure with her modest wrath, as she sets herself on being the only woman within LAW even remotely worthy of the title of Goddess.

Strategy: Marianne will lure her opponents in with both her body and tone, tricking them into wandering into her mitts. By the time they realise what the bobble-haired beauty is up to, they are often too smothered, too twisted, and too out of energy to fight back. If a woman can resist her urges however, she is often prone to the standard holds and slams of wrestling. A good thing then, that she has a knack for picking her opponents.

Preferred Attacks: Debilitating holds, smothers, rarely a few chokes. Can use her legs when the time calls for it. Doesn't particularly enjoy striking, nor kicks. She will use each and every curve she has in her smothers, often enough bringing forth new ones that her opponent could not even conceive themselves being victim to.

General Statistics
Endurance ★★★ - Goes the distance.
Strength ★★★ - Firm grips and holds.
Speed ★★★ - Has pace, but rarely needs to use it.
Defence ★★ - Not her best.
Technique ★★ - She has some technique, but it's all a little...specialised.

Wrestling Statistics
Strikes ★★ - Rare, but her slaps carry a sting.
Submissions ★★★★ - Her go-to, leaving her opponents without the ability to function.
Powerhouse ★★★ - Strong with firm grips for her size, but rarely shows off..
Aerials ★★ - A last resort, but surprisingly not bad..
Counters ★★ - Knows the basics.