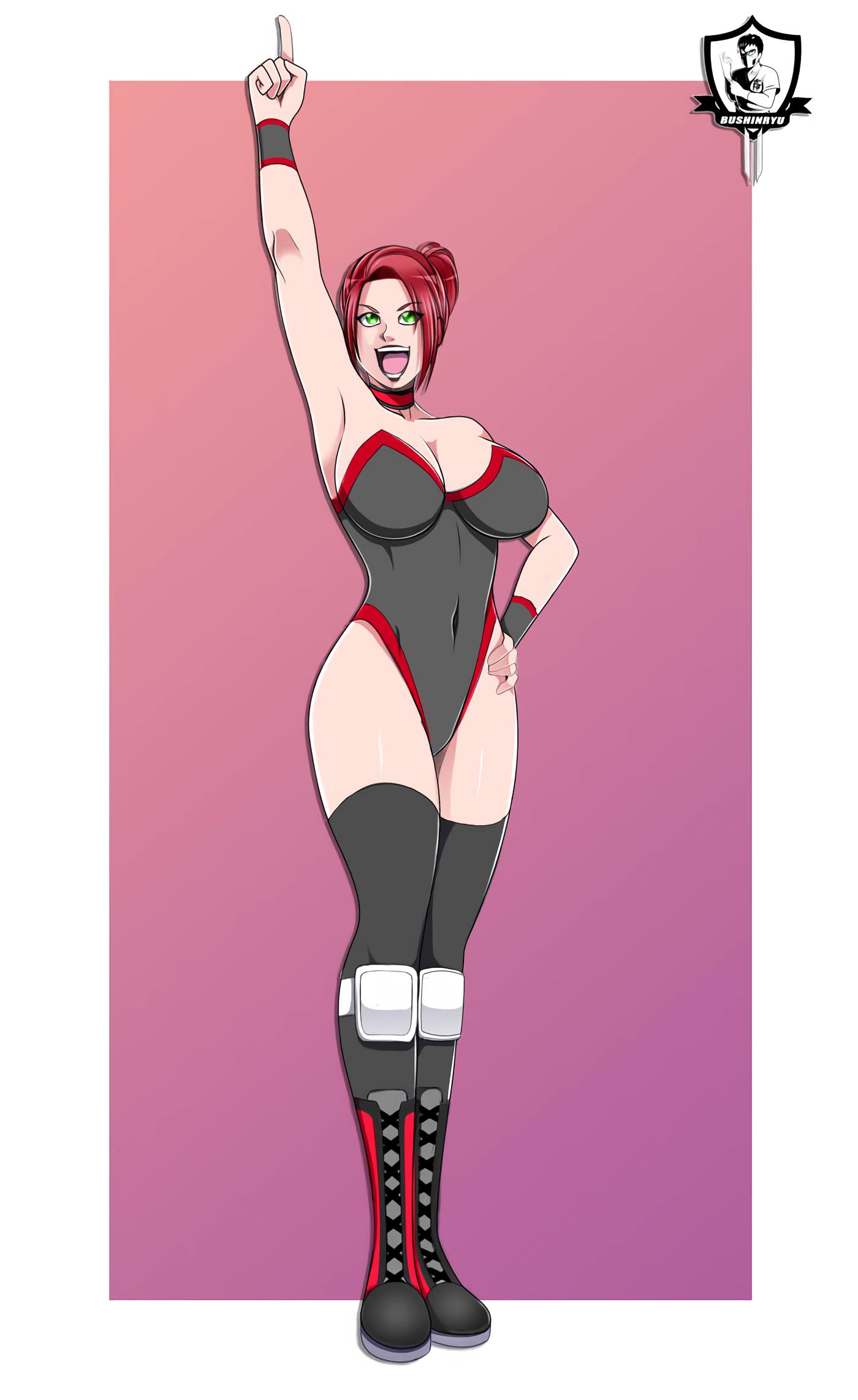 Fighting Style:
Bella is a master martial artist, specialising in Karate but also practising other styles to round her fighting style out. Having been trained in the martial arts since a young age her strikes are to be feared as they have enough speed and power behind them to give even the biggest and strongest of wrestlers reason to think twice before trying to take her on in hand-to-hand combat. She is a martial arts prodigy, and when it comes to striking there are few women in the LAW roster who can match her. She insists that in a contest of pure striking she won't lose to anybody, though how much of this statement is truth and how much is arrogance remains to be seen.

As frightening as her martial arts abilities are they aren't always enough, so when the going gets tough Bella isn't afraid to rely on her street fighting background every now and then and fight dirty; eye pokes, hair grabbing, crotch shots, if she feels threatened she'll fall back on just about any dirty trick in the book. Thanks to her experience in street fighting she is also quite adept at taking advantage of the environment during a fight, using walls and rails to her advantage as well as making use of weapons to change the course of the fight in her favour.

As much as Bella loves to play rough and beat people down with punches and kicks she gets just as much enjoyment out of the softer side of wrestling, she is more than happy to get lewd with all the attractive men and women in LAW and use her buxom body to her advantage. If she feels the situation calls for it she is not at all shy about sitting on someone's face or committing sexual acts, though generally this is not her go-to move if the match she is in doesn't call for such tactics and will only do so if it's appropriate for the tone of the match or if her opponent provokes her into doing it.

Signature moves:
-King Kick: A standard roundhouse kick whose extravagant name comes from its power. This is a kick that Bella has thrown countless times, and through intense training and repetition she has honed it to the point that it can be a potential knockout blow to even the biggest of women. She has mastered this move well enough to apply it in a number of situations, making it a versatile and deadly tool in her already dangerous arsenal. -Royal Suplex: A fisherman suplex that she has given her regal touch. It is a mighty slam that few women will come out of unscathed, but it is rarely a move she will use to try and finish a match and is instead usually a precursor to something greater. Finishers:
-Off with her head (or his head, depending on the victim): A Ripcord variation of her King Kick where she pushes then away from a waistlock while keeping a hold on their arm before yanking them back towards her and sending them right into the path of her King Kick. Is almost a guaranteed knock-out if the victim takes a direct hit to the face from it, for this reason it is her go-to finish in matches that require more than a standard 3-count for victory. -King Crimson: A back-to-belly piledriver that she choses for a dominant finish. After slamming her opponents head on the mat with this move she usually follows up with a pinfall, often when she wants to go for a dominant touch she will adjust her position so that she is sat on the victims face. Personality:
As one might expect from a woman who calls herself "The King" Bella is quite an arrogant woman, she believes herself to be the best there is and she is not at all shy about expressing that belief to anyone who will listen, and when people express their disagreements with that statement she is more than willing to use brute force to change their mind. Her desire to prove her perceived superiority makes her quite the loud mouth, eager to tell anyone who will listen how great she is and as a result she naturally draws the ire of others. She doesn't have a problem with this though, and if she senses that she's getting on someone's nerves she will gladly egg them in in hopes of goading them into fighting her.

Her belief that she's the best and her desire to prove it makes Bella form quite ambitious goals for herself, after all the best way to prove how great you are is to achieve something great as proof. As a result of this she strives to be the best at everything she applies herself to and gain a position of respect and envy so that she can highlight her superiority over others, as a wrestler this translates to her wanting to gain title belts. In addition because of her desire to prove herself she has gained a love of dominating her opponents in the ring, nothing makes her feel better than competing with a capable opponent and making a fool out of them all the same. This love will drive her to go above and beyond during her matches, making sure to not only win but to humiliate her foe and show them who's the "King"

Beneath all the arrogance and her big talk Bella actually lacks self confidence at times, which is why she feels the need to prove herself so much. To that end she is always looking to get into fights so that she can dominate her opponents and justify her own self worth to herself. This makes it very easy to provoke her into a fight if you wish to, just be careful that you don't end up biting off more than you can chew when you bait her into a fight. This goes the other way however, if Bella can convince herself that it's a good idea then she will gladly pick a fight with anybody, regardless of whether or not she actually has favourable odds of winning.

History:
I put it in a spoiler because it's long Trivia:
-Bella is a modernised version of my first ever wrestling OC.
-She will pick a fight with anyone else in LAW who calls themselves a king, man or woman. The latter is less likely to come up, of course.
-She is bisexual.
-Bella was inspired to name her finisher King Crimson after the classic rock band.
-Despite the punk rock vibe she gives off she is strictly straight edge, she doesn't smoke, do drugs or even drink alcohol.
-Her likes include listening to music, martial arts training, being dominant, roughhousing, fruit juice, milk and hiking.
-Her dislikes include her father, her sister, being forced to follow strict rules, being looked down on, the smell of cigarette smoke, cheese and fizzy drinks.

Character timeline:
My roster page
Feel free to PM me or message me on Discord if you want a match: pikazard#9522
Top
Post Reply
1 post • Page 1 of 1